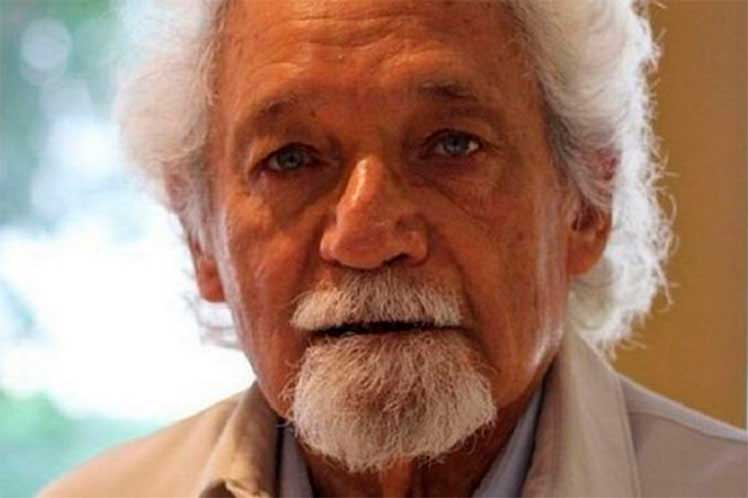 My condolences to the family of Pablo Armando Fernandez, National Literature (1996) and Casa de las Americas (1968) Awards, born in Delicias, raised in New York and Cuban everywhere. He loved Cuba and his people so much that he sheltered them in his verses, the president tweeted.

He attended primary school in his hometown, and then moved to the United States, where he studied at Washington Irving High School in New York until 1947, and some courses at Columbia University in New York. He lived in the United States from 1943 to 1959.

His work in the field of Cuban literature was rightly praised by writer and ethnologist Miguel Barnet during the 2019 International Book Fair. He highlighted Fernandez’s poetic qualities who received the keys to what would become the headquarters of the Union of Writers and Artists of Cuba in 1961, today a National Monument.

His literary work, which includes twenty books of poetry, three novels, a volume of short stories and one of essays, has been translated into different languages. In 1996, Cuba’s Ministry of Culture awarded him the National Literature Prize for the importance of his work.

The translator of Anglo-Saxon poetry, Cuban essayist and playwright studied at Columbia University in New York and gave courses and lectures at renowned academic centers in the United States, Canada and Latin America.

The 2003 Book Fair was dedicated to him, to which he reacted with enthusiasm because in addition to considering it a recognition, he thought it would be another opportunity for his work to be known.