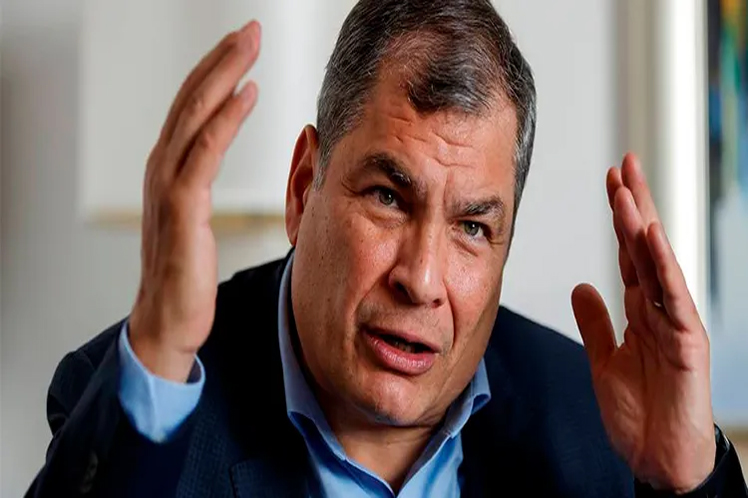 In a message on social networks, Correa stated that it is 600 journalists from 90 countries in an investigation that pointed at Lasso’s ties with offshore companies.

“The evidence is overwhelming, where he has tried to hide his fortune, breaching Ecuadorian law and moral principles,” he said.

The former president added that Lasso committed crimes such as tax evasion, illegal use of a front man, perjury and electoral offenses because he could not have been a candidate for the presidency if he had ties to tax havens, which is prohibited by law.

“We denounced it at the time, but since they have co-opted the entire state, what they did was to cover it up as the corrupt press does now,” he warned.

Correa said it is not a political matter, left or right, or rich or poor, ‘Correism’ or ‘anti-Correism’, but rather a legal and moral one, involving the foundations of society, with which we should not play.

In his opinion, Lasso will have to leave office through impeachment at the National Assembly or by early elections.

However, he warned that the triumph of force and not reason is possible.

In this regard, Correa said that something similar happened with Lenin Moreno, who was spared from the October 2019 protests and the INA Papers corruption case was covered up.

They will probably keep Lasso by all means and just have the country destroyed, because it will be a ‘clinically and morally dead’ government. They will win, but they will never convince,” he emphasized.

In his message, Correa considered that President Lasso is a world shame, and said that the country has been internationally humiliated.