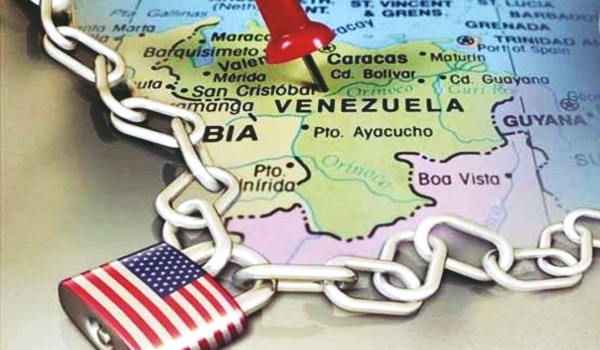 “For us Venezuelans, that is equivalent to 60 years of importing food and medicine, (…) it is 51 billion dollars a year on average; it has been a criminal, ruthless, inhumane war”, the analyst emphasized in an article published in newspaper ‘Últimas Noticias'(Latest News).

The expert indicated that estimates correspond to amounts failed to be produced by the Venezuelan economy in the last five years, equivalent to 233.18 billion dollars, in addition to assets and funds blocked to the South American nation, as a result of coercive measures adopted by Washington.

“Imperialism has known how to hit us, and it has done it precisely, it has targeted the heart of any economy, exports and currency. It is the perfect combination of two weapons to strangle peoples”, Curcio emphasized.

The Venezuelan economist pointed out that 58.8 billion dollars in losses are a direct consequence of the fall in exports, 95 percent of these corresponding to the oil industry, main target of the sanctioning policy of the United States.

According to the expert, sanctions against state-owned company Petróleos de Venezuela (Venezuelan Petroleum) imply not only the difficulty of placing the crude in international markets, but also of importing raw materials and technology, which caused a 76 percent drop in production of the sector since 2017.

In a report issued in February this year, UN Special Rapporteur Alena Douhan stated that the impact of the United States’ unilateral coercive measures slowed the development of the South American country, causing the fall in foreign currency earnings by 99 percent in recent years.