Peru: Danger of presidential destitution due to military crisis 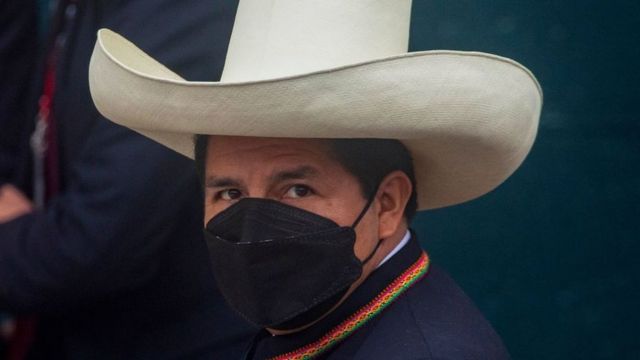 Peru: Danger of presidential destitution due to military crisis

The ghost of the vacancy appeared while the head of state held a long meeting with the heads of the Army, Air Force, Navy and Police, who, at the end of the meeting, withdrew without making any statements.

Parliamentary sources informed reporters that the vacancy was being prepared by a right-wing party, among which Fuerza Popular (FP) and Renovación Popular (RP) do not hide their desire to end the government elected just over three months ago.

The version indicates they would do so with the argument that the president had committed the crime of influence peddling by advocating for the promotion of some colonels to the rank of general. The host of the RPP television station Jaime Chincha cited these versions and pointed out the coincidence that the spokesman for the RP parliamentary bench, Alejandro Muñante, declared that the official actions denounced there was a crime of influence peddling.

Asked about the presumed vacancy plan, FP legislator Alejandro Aguinaga said the issue still cannot be addressed because a government bill is under debate proposing to modify the constitutional rule that authorizes Congress to dismiss the president for “permanent moral incapacity.”

The former chiefs of the Army, José Vizcarra, and of the Air Force, Jorge Chaparro, affirm they received pressure from the presidential environment to promote certain officers and, after refusing, they were relieved last week of their ranks for no known reasons.

The accusations obtained a great display of opposition from political forces and the media that highlight Vizcarra’s assertion that President Castillo sent him a telephone message, according to which he “had a request for him on promotions”.

The desire to involve Castillo was also evidenced by the far-right legislator Adriana Tudela, writing on Twitter that “it cannot be ignored that Castillo is the one who appoints and gives orders to Ayala,” although the Constitution exempts the president from responsibilities and assigns them to the ministers.

Vizcarra today went to the Parliament’s Defense Commission, controlled by the opposition groups, and earlier said he would show the legislators the messages received from Castillo.

The scandal yesterday led the Minister of Defense, Walter Ayala, to put his position at the disposal of the Head of State, for which his replacement is considered imminent.

The spokesman for the ruling Peru Libre party bench, Waldemar Cerrón, questioned the pressures that allege the attitude of the replaced former military chiefs and asked why they did not denounce this as soon as it occurred, at the beginning of the promotion process.

The Joint Command of the Armed Forces recalled yesterday that active military personnel cannot make pronouncements because these “are acts of political deliberation.”

Massive march in Cuba shows failure of US agenda