Trump en route to his candidacy in 2024 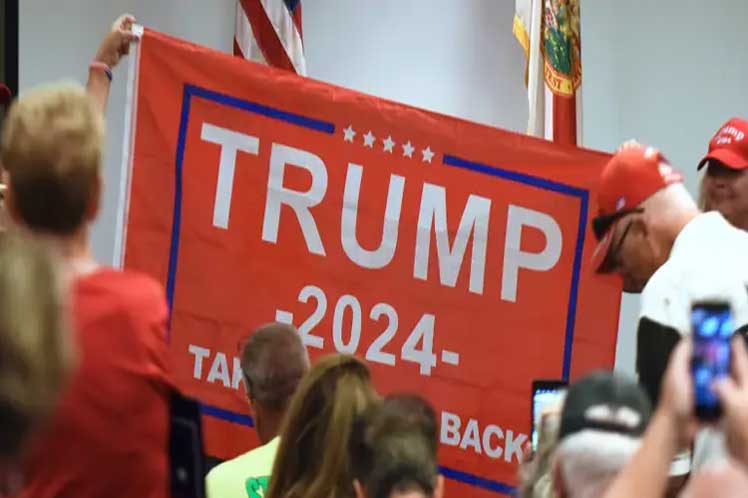 Trump en route to his candidacy in 2024

For some analysts, the question is not when will he start campaigning but whether he will stop campaigning, according to an article published by NBC News.

Trump held rallies in crucial states, including one in October in Iowa, site of the first race for the presidential nomination, where he told voters: “We are going to take America back.”

In addition, he is backing candidates for federal and state offices -sometimes in the primaries- and claims the credit when they are successful.

He did so last week after Glenn Youngkin won the governorship in Virginia and Mike Carey, Republican of Ohio, won a House seat.

The New York mogul continues to flood inboxes with almost daily appeals to raise funds for his political action committee “Save America”, the material noted.

That group had $ 90 million -a real fortune in national politics- when it gave its last statement to the Federal Elections Commission in June, the news network noted.

There is no doubt that the former president maintains control over the Republican electoral base and, with it, the ability to influence the majority of the party’s candidates and elected positions, say strategists of the Red Force.

According to analysts, the former Oval Office occupant performs all the moves of a presidential candidate, with far more ability to attract national attention than any other potential candidate in his party by 2024.

At the end of May, Jason Miller, a veteran adviser to the former president, told NBC News that “there is a good chance” that Trump – who still does not acknowledge his defeat in November 2020 -will show up if he believes he is well positioned to win.

On his side, Democrats are paying close attention to Trump’s positioning and “the threat from him should not be underestimated”, warned Chris Kofinis, a strategist of the Blue Force.

The White House expects Biden to get a rebound with the enactment of the infrastructure bill and perhaps with a social spending plan to back it up, as his approval ratings are at lows since August, according to the average of national polls from Real Clear Politics.

The data give the current president 51.3 percent disapproval.