Pastors for Peace: Many in the U.S. Reject Blockade of Cuba 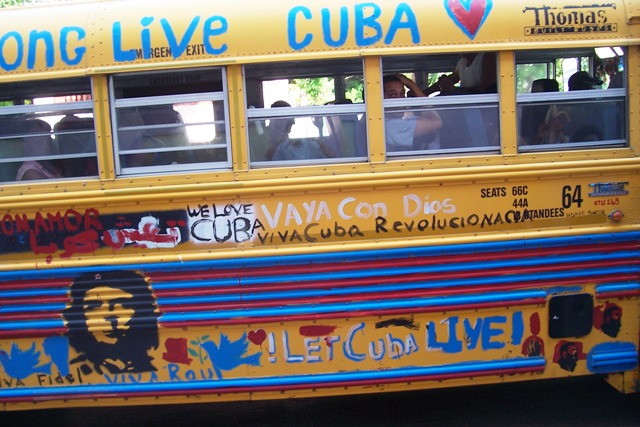 Pastors for Peace: Many in the U.S. Reject Blockade of Cuba

The solidarity initiative, which will take place after a pause forced by the Covid-19 pandemic, is a show “of solidarity and friendship from the people of the United States to the people of Cuba,” she said.

“It’s going to be a great trip,” Walker anticipated, insisting that showing solidarity is the reason why “we left our families, our jobs and our homes” to go to Cuba.

The daughter of Lucius Walker who was the founder of the caravan said to be inspired by the example Cuba sets to the world and underlined that those who visit the Island can learn directly from its day to day life.

She emphasized that many in America are very “disappointed and angry” by Biden’s refusal and inability to lift the blockade or at least the 243 measures adopted by his Republican predecessor, Donald Trump, which reinforced that hostile policy.

Pastors for Peace was born in 1988 as an IFCO project in response to the aggressiveness of the administration of former President Ronald Reagan towards Latin America and its caravans began in 1992.

“We are determined to come this year in the fall, around October or November to bring as many people as possible to Cuba,” Walker said in an interview with Prensa Latina during a visit to Havana last June.

The co-president of the National Cuba Solidarity Network in the United States ratified then that the blockade is “unjust, immoral, the worst of humanity”.

On November 15, when Cuba opens the borders again, visitors such as the friends of the Caravan of Pastors for Peace will arrive in the midst of an unprecedented campaign of discredit, lies and slander against the Cuban Revolution.