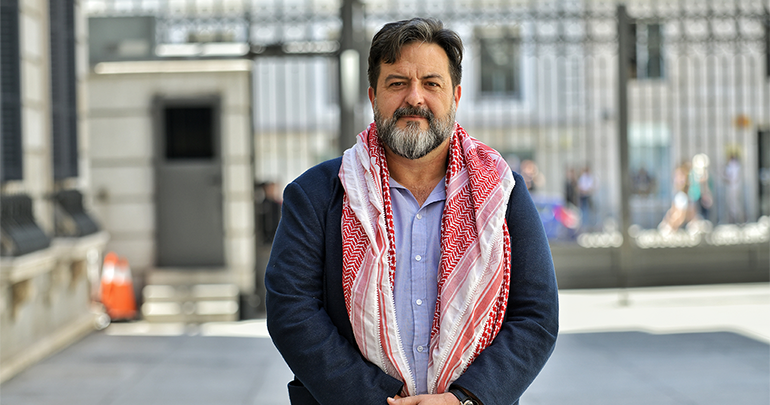 Interviewed by Prensa Latina in this capital, the parliamentarian defined Merkel as very right-wing, but a defender of her country’s sovereignty.

An example of that position is the construction of the Nord Stream 2 gas pipeline, which will connect Russia with Germany and central and eastern Europe through the Baltic Sea with an extension of 1,200 kilometers, he said.

According to Pineda, the Social Democratic Party, winner of the latest legislative elections in Germany, lacks the political strength to firmly confront the United States, which could increase its influence within the European Union (EU).

The EMP from the United Left and vice president of the Parliamentary Group of Friendship with Cuba in the European Parliament concluded a visit to Cuba on Wednesday, where he arrived last week at the invitation of the National Assembly of People’s Power.

During his visit, he met with President Miguel Díaz-Canel and the head of the unicameral legislative body, Esteban Lazo. He also attended several events in the framework of the country’s reopening to tourism and the resumption of the school year.

During his talks with Prensa Latina, Pineda praised the electoral system in Venezuela, where he will arrive on Wednesday to participate as an observer in elections next Sunday.

On that day, governors and municipal representatives will be elected with the presence of international observers like those from the EU.

According to Pineda, xercising that function on behalf of his party in Venezuela stands as a model of these processes since in more than 20 years of socialist government, that country has experienced a similar number of elections in its different variants.