Pastors for Peace: Taking back the truth of Cuba 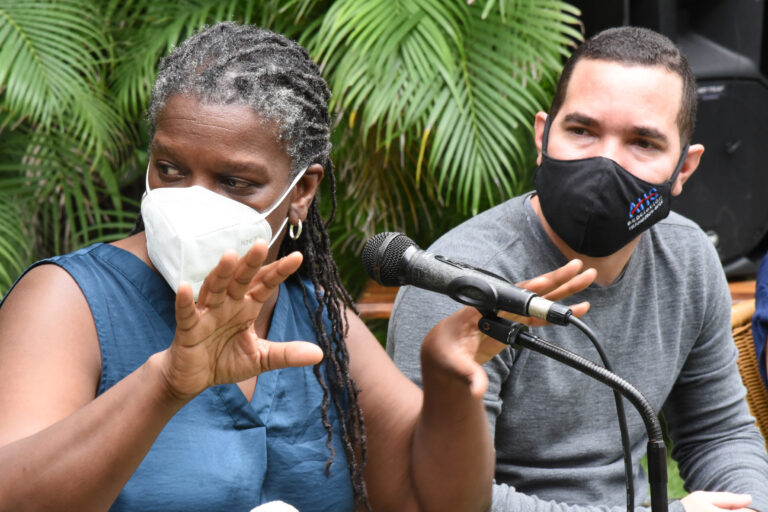 Pastors for Peace: Taking back the truth of Cuba

Gail, daughter of Lucius Walker, leads the 72 members of the XXXI United States-Cuba Friendship Caravan of Pastors for Peace, which arrived in Havana on November 15 and this Thursday visits this city, the provincial capital, and the coast of Cárdenas.

“For us, this period in which Cuba has resisted manipulations and attempts to falsify reality is very important, that is why we brought as many people as possible to see the truth,” Gail emphasized.

We want to tell the world, she said, everything that Cubans have achieved in their fight against the blockade of the United States government, and their example of resistance.

The religious leader praised the production on the island of five vaccine candidates against Covid-19, the vaccination of the majority of its population, and the dispatch of internationalist doctors to different parts of the world.

“We know Cuba’s commitment to Education and to give housing to people; These are all reasons why we come and admire it, all tremendous examples of the courage and commitment of its people, ”she said.

Gail expressed those ideas, after the reception ceremony for the caravan members held at the Plaza de la Vigía, next to the founding site of the tricentennial town.

“Returning to Matazas, the City of Bridges, is a great honor for our members; this city represents a lot of what the symbol of resistance means in Cuba, “she said.

The words of welcome were said by Marieta Poey, vice-governor of Matanzas, and Carlos Emilio Hams, rector of the Evangelical Seminary of Theology based in this town.

Until next Sunday, November 21, the 31st Caravan will carry out an intense program in the western territory that includes meetings with artists, communities, visits to the Slave Route and Junco Palace Museums, as well as the Center for Reflection and Dialogue in the Cardenas municipality, among others.

Maduro highlights strength of relations between Venezuela and Russia