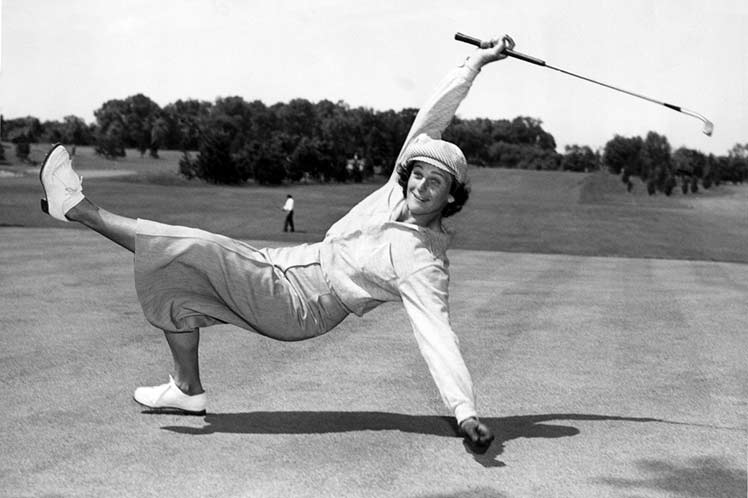 She started playing basketball at the age of 14 in her native Texas, but she wanted to succeed in athletics, which she achieved after strong training.

For Babe, the Amateur Athletic Union championship was her career’s starting point, when she won in javelin and ball throwing, and long jump, three successes she repeated the next year in the same event.

She rose to the top as a member of the track and field team at the 1932 Los Angeles Olympic Games. She achieved her first success, still incredible today. She was then called the team woman. And so it happened, literally.

The young girl, only 16 years old, competed in qualifying competitions for the summer event, whose participants participated in groups. The Employers Casualty Company registered only one athlete: Mildred Didrikson. She was on her own to face groups, some of them with as many as 22 athletes.

This daring girl competed in eight of the 10 scheduled events and won five, which gave her a cumulative score valid for… the team’s victory, with an eight-unit lead over the second place.

Babe thus earned a place in the US Olympic team, and she didn’t disappoint expectations to see her participate in that event.

However, her participation in athletics was short. After the Olympiad she resumed practicing her original specialty, basketball, gave baseball shows, performed in music hall and learned to play golf, to which she entirely devoted herself, and from 1934 to 1950 she won 20 consecutive tournaments, nine amateur.

But she began to feel bad, lost weight and strength. Reality was cruel to the great athlete, she was weakened by cancer.

She underwent surgery in 1953 and a year later she rose again to the top, not acting to her own benefit, but to the Foundation against the disease that affected her.

In 1954, two years before dying, she won her last title by defeating the best US golfers at the time.