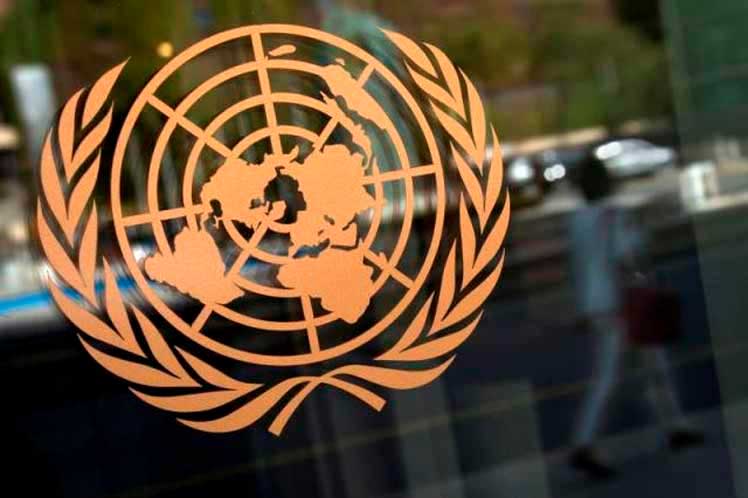 Speaking at a high-level event of the largest United Nations body dedicated to this issue, the minister urged member states to promote more efforts aimed at preventing and responding to this “vile crime.”

The health crisis has also left survivors with less support, he said in his opening speech at this two-day meeting focused on reviewing progress in the implementation of the United Nations action plan to combat human trafficking, adopted in July. 2010.

Many countries are now weakened in their ability to identify and hold the perpetrators of this punishable crime, observed the president of the United Nations General Assembly.

It is therefore imperative that the global community redouble its efforts to better recover from the pandemic and build resilient communities, this includes obtaining more research, data and analysis on how trafficking takes place, how it evolves, who it is targeting and who it affects. , he pointed.

Shahid also called for the voices of the survivors of human trafficking to be amplified and taken into account.

United Nations Deputy Secretary-General Amina Mohammed also highlighted the importance of placing survivors at the center of policies to prevent and counter trafficking, bring perpetrators to justice, and provide effective access to resources, including compensation.

She also warned that women and girls are disproportionately trafficked, and forced to marry, including children, as well as domestic servitude and forced labor.

For her part, the executive director of the United Nations Office on Drugs and Crime, Ghada Waly, pointed out that vulnerability has increased during the health crisis due to restrictions, learning interruptions and the loss of means of education. life.

The Covid-19 pandemic deprived many victims of access to essential services, while misuse of technology increased just as more time was spent online.

Individuals of all ages, origins and nationalities can be victims of trafficking, a scourge that is linked to crimes such as illicit money flows, the use of fraudulent travel documents and cybercrime, she explained.

But those living on the margins or in difficult circumstances are most at risk, said Waly, for example, undocumented migrants.