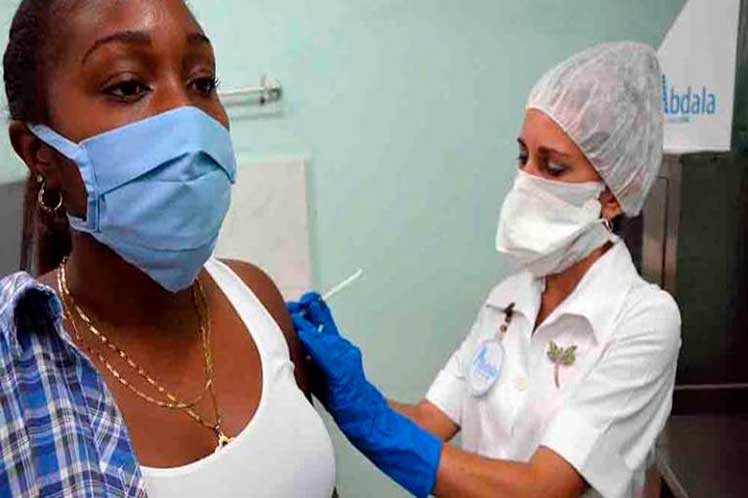 By the end of the 21 this month, 10,129,320 Cubans had been administered at least one dose of Soberana 02 vaccine, from the Finlay Vaccine Institute (IFV), or ‘Abdala’, produced by the Center for Genetic Engineering and Biotechnology (CIGB), Minsap specified on its website.

Numbers include convalescents with more than two months of having suffered from the disease, and who were administered a single shot of ‘Soberana Plus’, also from IFV.

On the other hand, 100 percent of the vaccine-eligible population has at least a first dose of any of the anti-Covid-19 immunizers engineered in the nation.

In this regard, convalescent patients with less than two months of having suffered from the disease and patients with other severe conditions are excluded.

So are those having undergone emergency surgeries and other diseases, those stranded in other countries and children under two years of age.

Likewise, the application of a booster shot continues, a strategy approved so far by 27 countries, 12 of them from Latin America, process in which various vaccines can be combined.