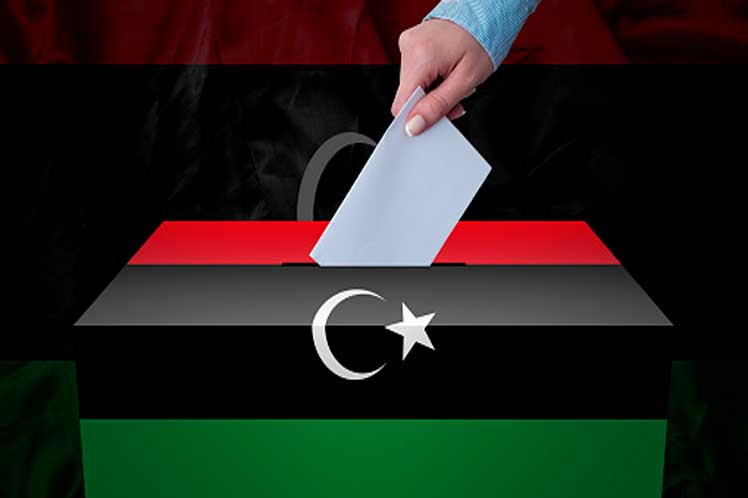 In justifying the measure, the HNEC specified that the electoral law requires that candidates cannot have been convicted of a serious crime and must also have no criminal record.

Regulations exist, but an indictment without a sentence does not invalidate any candidate for the position under the law, expert Ramadan Al Tuwaijer said in a statement.

I do not defend any of them, with some I do not even agree, but we cannot prevent them from participating in the process just because of an accusation, he stressed.

Parliamentarian Saleh Afhima also criticized the HNEC for its “selective application of the articles of the electoral law”, which, in his opinion, is a political decision.

He commented that none of the contenders was disqualified by article 12 of the code, in clear allusion to acting Prime Minister Abdul Hamid Dbeiba.

For his part, leader of the Libyan People’s National Movement, Mustafa Al Zaidi, denounced that those who worked in government during the time of Gaddafi were marginalized.

I call on the conscience of Libyan people to bring down conspiracies in order to appoint a president capable of unifying institutions, achieving stability and resisting foreign manipulation, he stressed.

Head of the Supreme Council of Tribes and Cities of the Fezzan region, Ali Misbah Abu Sbeiha, also criticized the action, arguing that it was motivated by “political and not legal reasons”.

Comedian Hatem El Kour rejected his exclusion as a candidate by stating that he does not have any health problems nor was he asked for a medical check-up to prove it.

The electoral commission vetoed him based on an article that requires the candidate “to be medically fit to perform the functions of the presidency”.

A total of 98 Libyans presented their credentials for the position, including Marshal Khalifa Haftar, an influential man from the east of the country; head of Parliament, Aqilah Saleh, and acting Prime Minister Abdul Hamid Dbeiba.