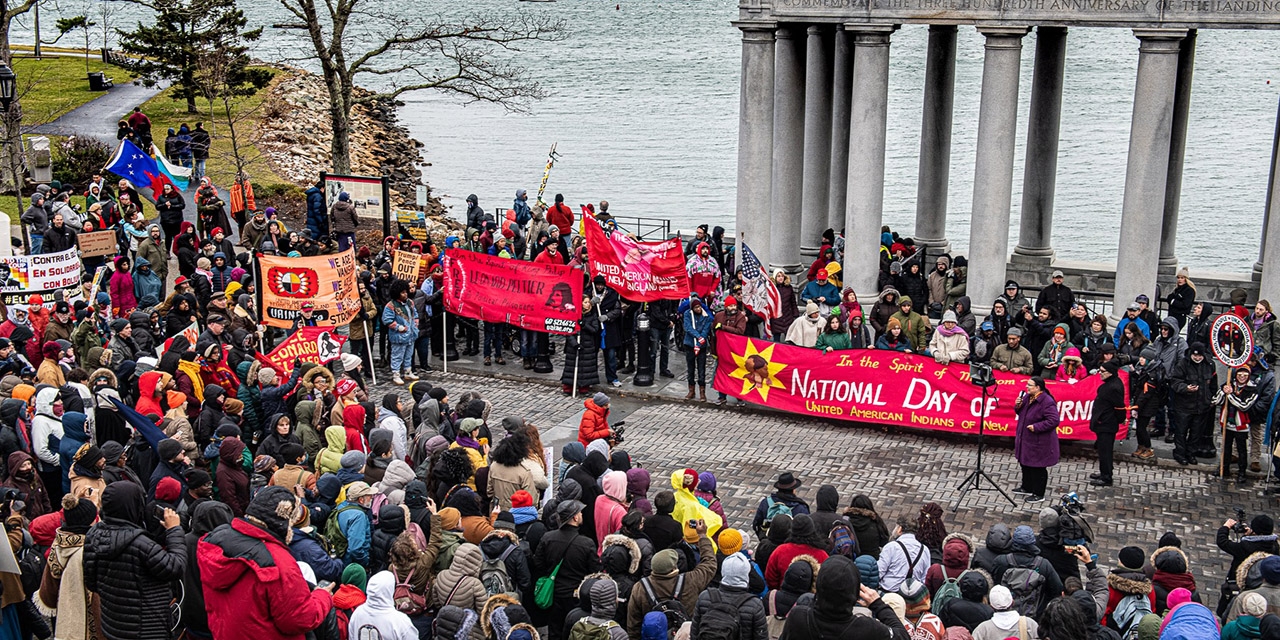 “We want to educate people so that they understand the stories we all learned in school about the first Thanksgiving are nothing but lies. Wampanoag and other Indigenous people have certainly not lived happily ever after since the arrival of the Pilgrims,” said Kisha James, a member of the Aquinnah Wampanoag and Oglala Lakota tribes and the granddaughter of Wamsutta Frank James, the event’s founder.

Thanksgiving dates back to the early 17th century, when Pilgrims from Europe and Native Americans gathered to share in the abundance of autumn, a celebration of goodwill before genocide that was to come.

“To us, Thanksgiving is a day of mourning, because we remember the millions of our ancestors who were murdered by uninvited European colonists such as the Pilgrims. Today, we and many Indigenous people around the country say, ‘No Thanks, No Giving.'”

For such a reason, different groups in New England commemorated the date, as they have done since 1970, as a sad day to raise awareness about the historical process.

Participants will beat drums, offer prayers and condemn what organizers describe as “the unjust system based on racism, settler colonialism, sexism, homophobia and the profit-driven destruction of the Earth” before marching through downtown Plymouth’s historical district.

Brian Moskwetah Weeden, chairman of the Mashpee Wampanoag Tribal Council, said on Boston Public Radio earlier this week that Americans owe his tribe a debt of gratitude for helping the Pilgrims survive their first brutal winter.

“People need to understand that you need to be thankful each and every day — that was how our ancestors thought and navigated this world,” Weeden said. “Because we were thankful, we were willing to share … and we had good intentions and a good heart.”