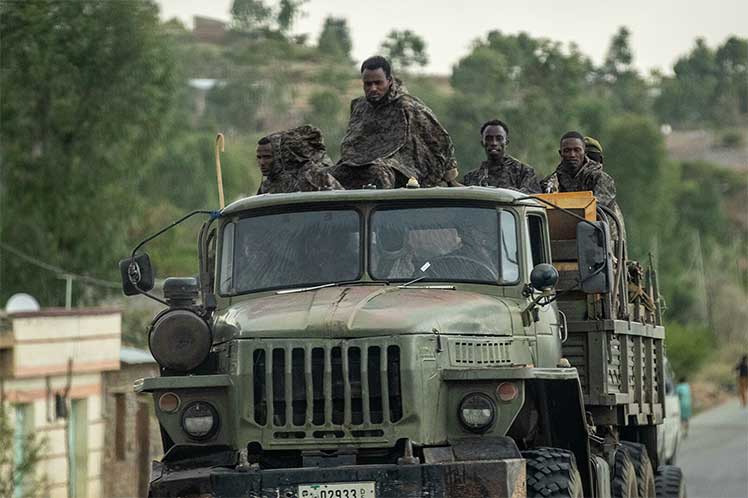 The government’s Communications Service reported the National Defense Force took control of the strategic mountainous areas around the town of Bati, in Amhara, shortly after entering Asagita, another town of that regional state.

The forces “under the command of Prime Minister Abiy Ahmed expelled the invading forces from Burka”, a town in Afar region, “from where the Army marched towards Kombolcha”, still held by the TPLF, it added.

The day before, Ahmed himself announced the victory in Asagita, in which he said the bravery of the fighters was decisive, and assured that the armed group, which he described as terrorist, is progressively leaving the occupied areas.

He said the government is now in a “better position to claim full victory soon” and hand over “a free and prosperous Ethiopia to future generations”. Last Tuesday, the Prime Minister promised to lead the battle from the front line, and from that day onwards the morale of the fighters grew and the Tigray Front began to suffer heavy casualties, official reports indicate.

These reports come on the heels of a statement by the United Nations special adviser on the prevention of genocide, Alice Wairimu Nderitu, who called Ethiopian leaders irresponsible for calling for war in the north.

Wairimu Nderitu’s comment is allegedly a reference to Ahmed’s appeals to the Ethiopian people to mobilize and support the National Defense Force in order to end the armed conflict in the shortest possible time.

Other information refers that the TPLF maintains its intentions marching towards Addis Ababa, in addition to controling most of Tigray and a transport corridor linking the nation with Djibouti, among other areas.

Since November 2020, the federal forces and the Front have been engaged in a confrontation whose toll of dead, displaced and material destruction is growing daily.

The Government has repeated it has made efforts to stop the armed confrontation but, according to different official accusations, the criminality of its adversary aborted them and at this moment there is no hope of a solution but the use of weapons.