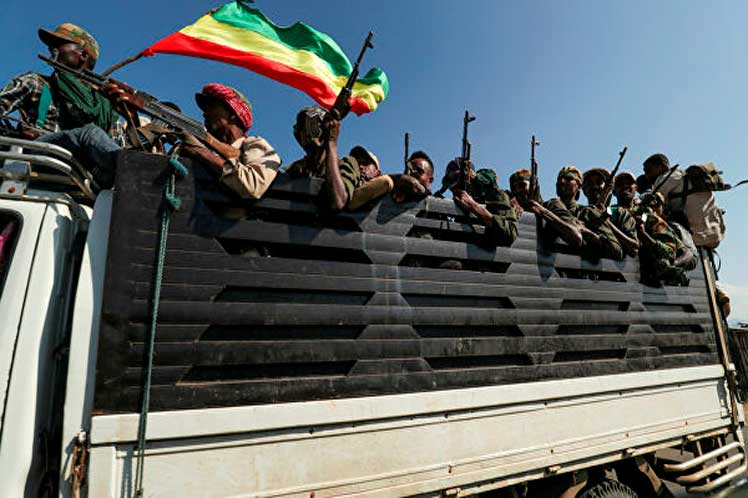 This was announced by Prime Minister Abiy Ahmed during a speech after the liberation of Dessie, Bati, Kombolcha and other towns in the state of Amhara.

Despite recent triumphs, Ahmed said, the joint forces under his command still face great challenges and will continue each operation on various fronts until the TPLF is completely dismantled.

The objective of the next phase, which presumably will start on Tuesday, is to clear and control North Wollo (Amhara), and from there march towards the Tigray region, origin of the war that began in November last year.

North Wollo borders Tigray to the northeast and is one of the multiple escape routes used by the Tigray forces and their allies.

For the insurgents, the official reports are unwise, because the supposed withdrawal of troops from various areas of Afar and Amhara regions is a convenient move and they are still in a position to overthrow the government.

“We did not lose the battles, we made a strategic retreat. There was no organized unity to liberate those cities. The residents know it and the generals of Abiy know it too. Things are going according to our plan. The rest is a circus,” the Front’s spokesman, Getachew Reda, told the press.

However, the course of hostilities changed dramatically from November 23, when Ahmed marched to the battlefield and the main news was the insurgents were closer to the federal capital.

Thereafter, the list of liberated areas grew at great speed. Asagita, Burka and Chifra in Afar, then Gashena, Woreilu, Kemise and Lalibela in Amhara, and now Dessie, Bati and Kombolcha, among others.

Many combatants even laid down their arms in several areas and the TPLF has lost the euphoria it had two or three weeks earlier.

The war broke out on November 4, 2020 in Tigray. On that day the premier ordered an offensive to reduce the Tigrian forces, which attacked a military base of the Northern Command.

Presidents of Angola and Ethiopia met in Luanda

Presidents of Angola and Ethiopia met in Luanda