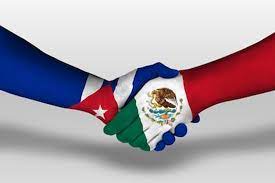 At a meeting with more than fifty business people at the Cuban Embassy in Mexico City, the official pointed out that foreign investment in Cuba is a strategic activity for economic development and, to that effect, its articulation, laws and regulations were renewed to strengthen and promote it.

Given the intensification of the United States blockade with 243 measures taken by former President Donald Trump and maintained by his successor, Joe Biden, Cuba emphasizes the strategic role of foreign investment, freeing up past obstacles, expanding the portfolio of opportunities, and the facilities that make it possible and your goals.

Cuba, she added, opened new negotiation topics within a more affordable spectrum that includes the creation of joint ventures, differentiated contracts and initiatives with 100-percent foreign capital, and a series of measures and actions to reduce imports.

To this end, Garcia said that government authorities created a new legal regulatory framework through decrees, laws and resolutions that broaden the range of opportunities, and cited Law 18, which makes the path of investors more expeditious in their participation in the plans.

The expert also spoke about the new attractions that adorn the proposals and offers for foreign investment that include modalities for the repatriation of profits, legal protection against third parties, with emphasis on the effects of the Helms Burton Act that serves as the basis for the United States blockade.

Among the many benefits that foreign investors have in Cuba, Garcia mentioned as the most desired by entrepreneurs, a highly qualified human capital in all spheres of technology and science, and efficient, productive and trained primary labor force.

She also presented a large inventory of opportunities offered by the new portfolio with projects within the reach of small, medium and high capital, as well as the operational advantages that make the investment known as the Single Window for Foreign Investment (Vuinex) more feasible.

Cuban Ambassador to Mexico Marcos Rodriguez Costa, when welcoming the business people, recalled that Mexico is one of the most important destinations for the Cuban economy.

He said that, although a lot has been done in sectoral relations, there is still a long way to go in bilateral commercial, financial, productive and technological relations.