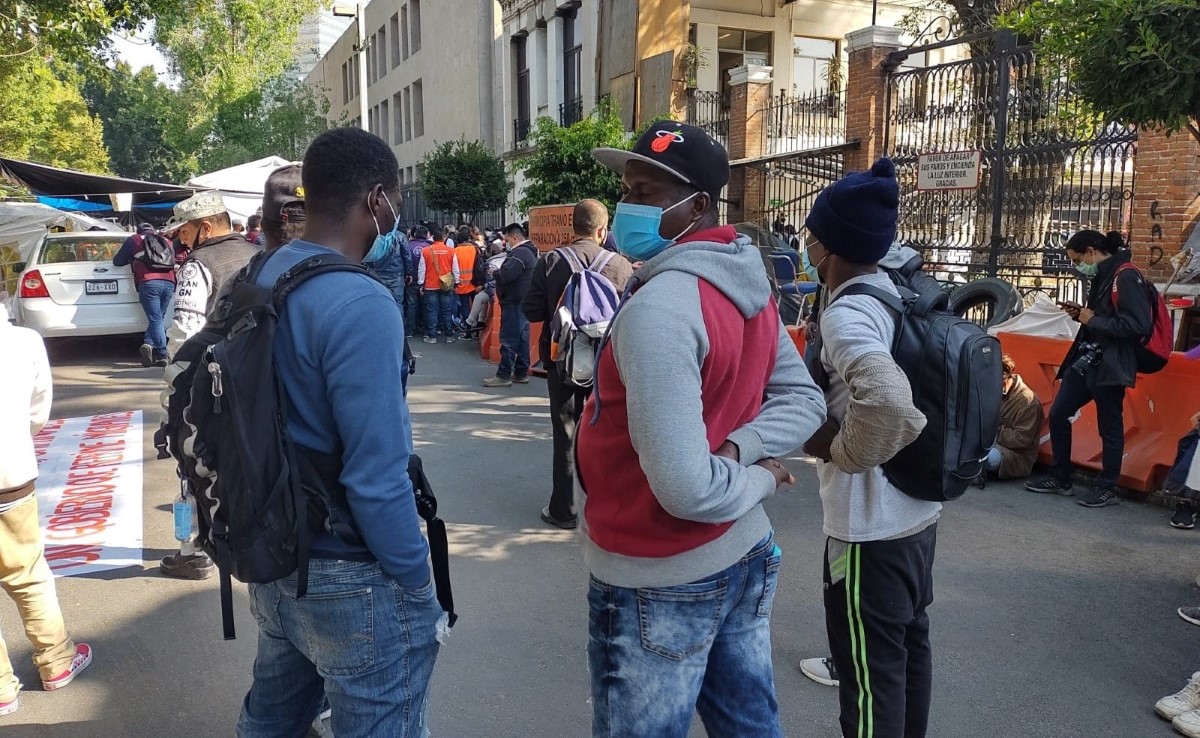 The 4,000-strong caravan, which left Tapachula to reach the border with the United States over 50 days ago, but most of the migrants gave up due to hardships the walk implies.

issued by the government, although some 400 persisted in continuing, but with the idea of reaching only as far as Mexico City to negotiate with the government.

The latter’s proposal was transparency in the granting of humanitarian visas and work permits for those who take advantage of it as a condition to immediately dissolve the caravan, and for those who do not, to let them continue the march northward, with the government apparently accepting.

A census of migrants began on Friday in order to find out the specific needs and desires of each individual or family: whether to stay in Mexican soil or just move on with the idea of going to the United States.

The dialogue, which took place on Thursday after the representatives were received at the National Palace by a spokesperson of President Andrés Manuel López Obrador, lasted over five hours, with the agreement finally being adopted.

Irineo Mujica, organizer of the caravan, said the federal authorities promised to grant legal certainty and transfers to migrants who seek to continue on to the United States.

The list, which will give priority to minors, will contain the full name, country of origin and express request of each member of the contingent to stay in Mexico or to transit it to the border with the United States.