US and Ukraine vote against anti-Nazi resolution repudiated at UN 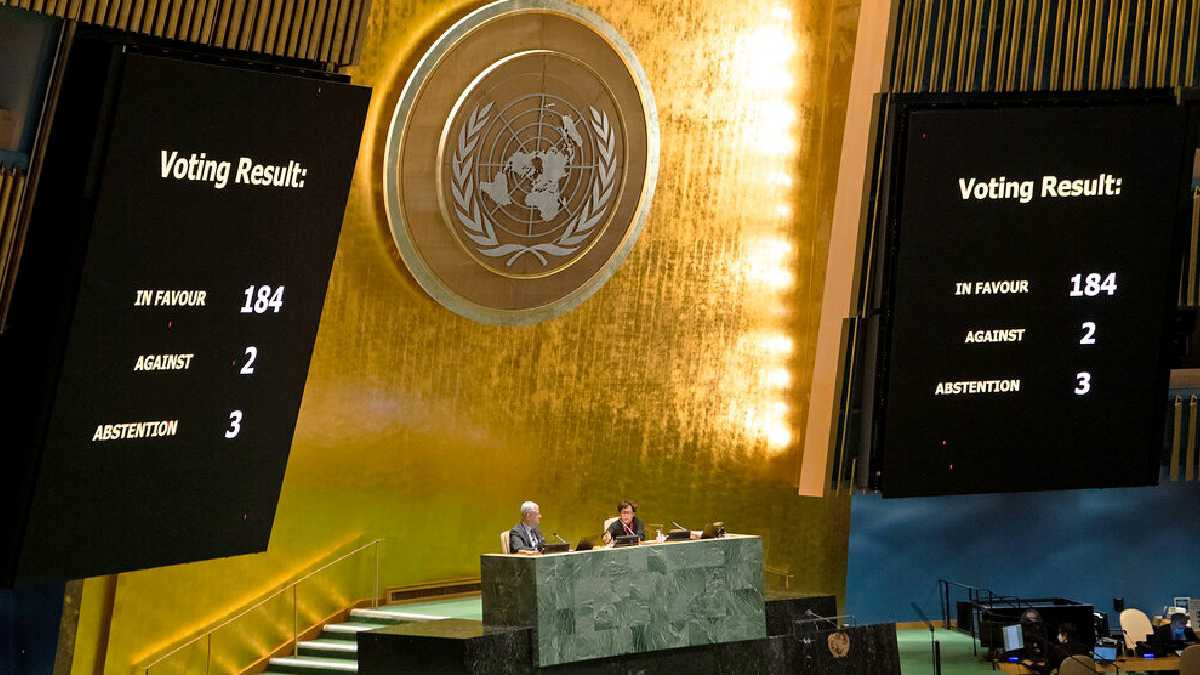 US and Ukraine vote against anti-Nazi resolution repudiated at UN

The resolution was expected to be supported by all parties, bearing in mind that the then Soviet Union, Britain, and the United States worked together to defeat Nazi Germany during World War II (1939-1945).

However, this Thursday, the United States and Ukraine were the only two countries to vote against the document that opposes the glorification of Nazism and other practices that exacerbate contemporary forms of racism, xenophobia and intolerance.

Washington and its neo-imperial propaganda tend to label almost everyone who issues criteria against its administration as fascist, but at the UN they vote against the “Resolution to fight against Nazism. Double standards,” wrote US activist Ernst Wittmoore on Twitter.

Ukraine’s decision is not surprising, but that of the United States is. Do you now hate Russia so much that you refuse to condemn Nazism just to anger Moscow? The analyst added.

The international news channel Russia Today (RT) explained in an editorial that, for Ukraine, the resolution was probably seen as a political stabbing.

“Neo-Nazi groups are well represented in the Ukrainian power strata, even though some of their members were accused of crimes and torture during the civil war in the southeast of the country,” RT commented.

It is known that at least one of these neo-fascist groups, the Azov Battalion, received US weapons during the war, the comment recalls.

According to the United States, its opposition to the Russian resolution has nothing to do with its support for Ukrainian neo-Nazi groups, but the facts say otherwise, RT added.

Russian officials present the same resolution every year, but Washington has objected every time, believing that banning the “glorification of Nazism” collides with protecting the freedom of expression of American citizens.

Last November, Washington’s mission to the UN admitted that while Nazism is “widely despised by the American people”, even “avowed Nazis” are protected by the Constitution.

The document, which won the support of 130 countries this year, recommends governments take legislative and educational measures to prevent the denial of crimes against humanity and war crimes committed during World War II.