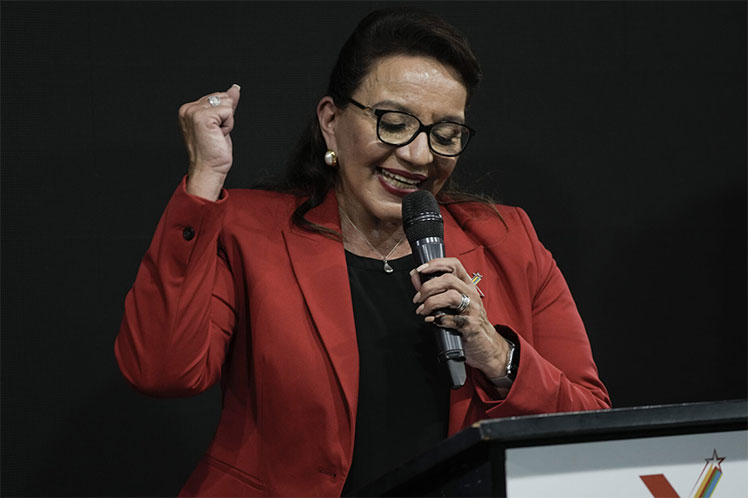 After 22 days of the general elections, the governmental entity recognized that Castro will be the first woman in the highest position of the Executive Power of the Central American nation with 1,716,793 votes, corresponding to 51.12 percent of the total.

The figure, the highest obtained by a candidate for the presidency in that country since the return to democracy in the 1980s, exceeds by 476 thousand votes the number reached by her rival Nasry Asfura, of the National Party, worth one million 240,260 votes, or 36.93 percent.

According to the CNE councilors, computing 18,293 minutes determined the triumph of the former first lady and her designated vice-presidents: Salvador Nasralla, Doris Gutiérrez and Renato Pineda, a provision that will be published this Tuesday in the Official Gazette La Gaceta.

The entity will issue the remaining declaration for the 128 legislators of the National Congress and the 298 mayors on December 28, since a significant number of acts corresponding to these instances undergo a review process, guarded by the Public Ministry.