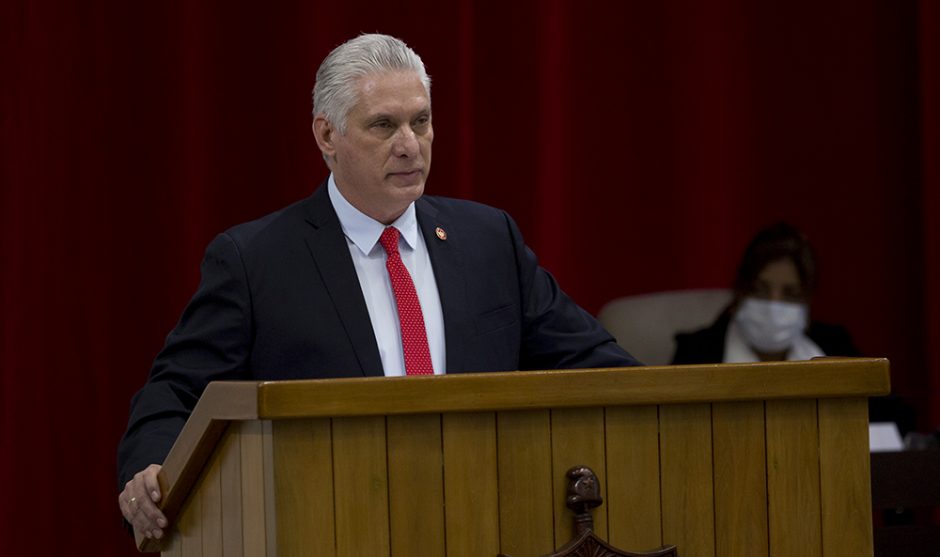 During the 8th Session of the 9th legislature of the National Assembly of the People´s Power (ANPP), the Cuban president said the labels of a failed State and dictatorship they want to impose on Cuba by dint of fake news and messages on social networks.

A failed State cannot bear 62 years of economic blockade or can a dictatorship, he said, and condemned the attitude of those who seek to demonize the Cuban political system, presenting it as a system without a Constitution and laws.

They are trying to hide people´s support for the Magna Carta, shown in a consultation and referendum, he said, and recalled the Constitution contains the principles that govern society.

“Cuba is a socialist State of law and social justice, democratic, independent and sovereign, organized with all and for the good of all as a unitary and indivisible republic, founded on work, dignity and humanism,” Díaz-Canel stated.

He pointed out that returning to such a principle allows us to understand Cuba´s essences, since it is stated that Cuba is based on “the ethics of its citizens for the enjoyment of freedom, equity, equality, solidarity, individual and collective well-being and prosperity.”

In the real Cuba, not the one built with labels and nicknames, we are all forced to comply with the Constitution, and therefore we are bound to respect domestic demands and submit to people´s control, he added.