State of emergency declared in Kazakhstan 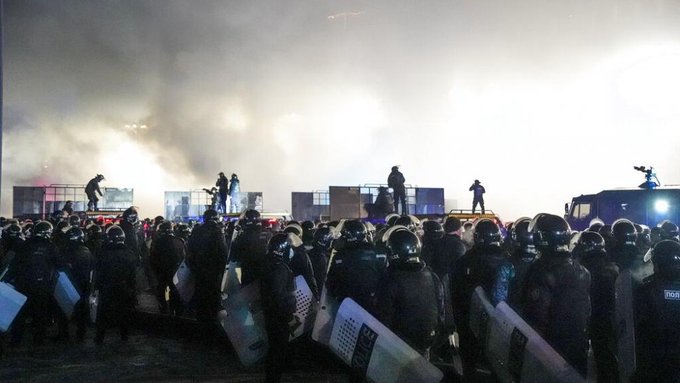 State of emergency declared in Kazakhstan

The presidential press service notified that the order of the Kazakh president seeks to immediately restore the security of citizens, public order and protect the rights and freedoms of the population.

The text also states that the state of emergency will be in force until the 19th of this month, and for the moment it is limited to the borders of the city of Almaty and the province of Mangystau, where a curfew was established from 23:00 to 07:00, local time.

The decree also prohibits the sale of weapons, ammunition, explosives, poisonous substances and other means.

A special regime was established for the circulation of medicines, narcotics, psychotropic substances, precursors, as well as ethyl alcohol and alcoholic beverages.

Since January 2, residents of the cities of Zhanaozen and Aktau in the Mangistau region have taken to the streets because of the rising prices of liquefied petroleum gas, which is used to fuel most vehicles in the area.

Hours later, the protests spread across Kazakhstan, leading to a meeting of the authorities with the protesters, where they agreed on a reduction in the price of liquefied gas in Mangistau, however, the situation has not stabilized.

On this day of unrest hundreds of people took to the streets of Almaty (the nation’s largest city) and, in the midst of the riots, some of the participants assaulted security officers and burned several police vehicles.