Tribute to Eusebio Leal on anniversary of the University of Havana 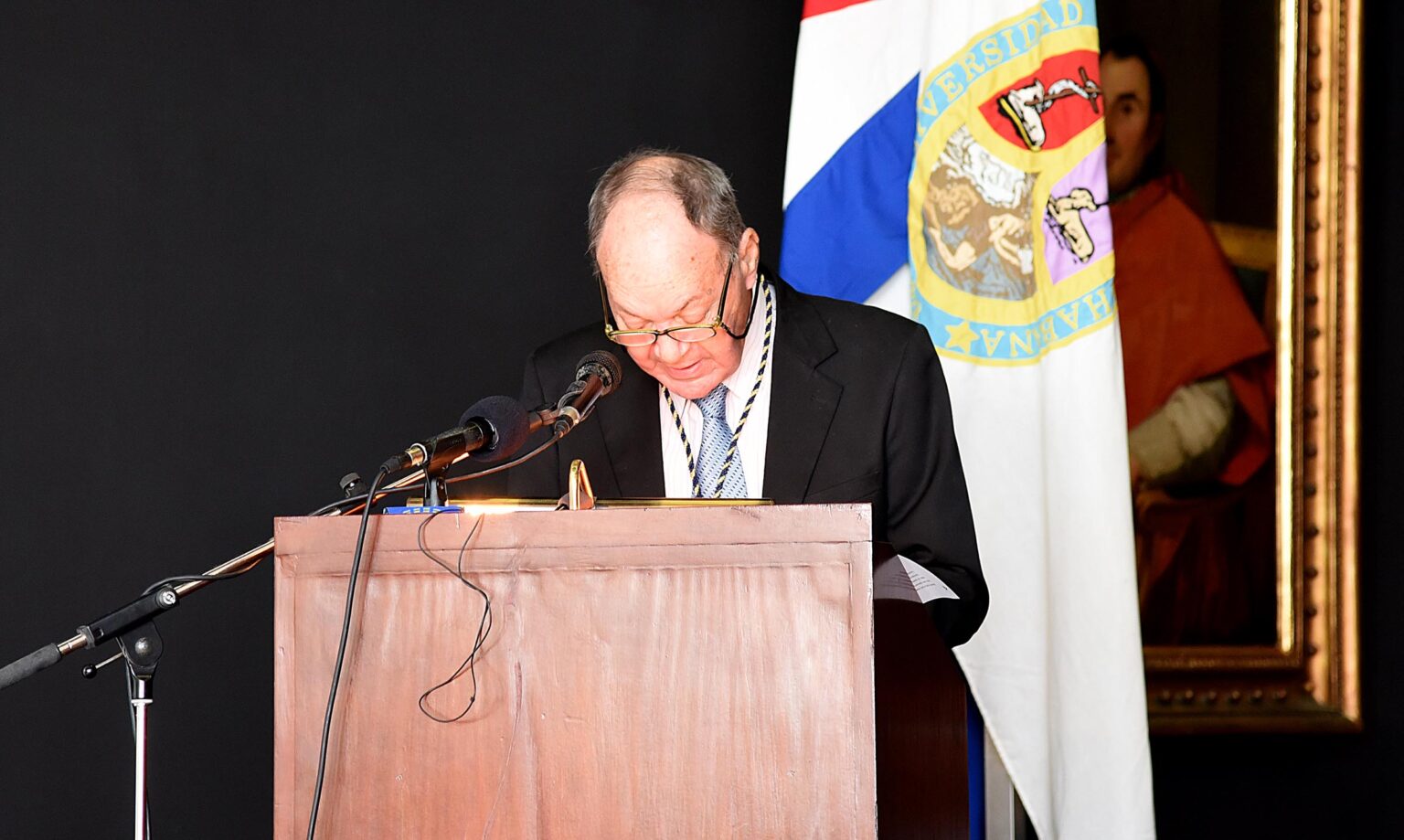 Tribute to Eusebio Leal on anniversary of the University of Havana

During the celebration Juan Vela Valdés, who was rector of the center and also Minister of Higher Education, recalled that the Alma Mater onomastic was celebrated for the first time without the physical presence of Leal, historian of the City of Havana and promoter of these celebrations. .

Vela evoked the fundamental moments of the evolution of the almost tricentennial institution, from its creation by the Dominican friars of the convent of San Juan de Letrán on January 5, 1728 to the most recent ones after the Triumph of the Cuban Revolution, marked by a profound reform academic, the awarding of scholarships to foreign students, among other facts.

He also recalled the legacy of the historical leader Fidel Castro, who made frequent visits to the institution, dialogued with the students and placed in them the infinite trust to guide the destinies of the nation.

At another point in his speech, Vela recognized the role played by Cuban university students, academics, and health professionals in confronting the Covid-19 pandemic, the results of which place the Antillean nation at the forefront at the continental level. and worldwide. “It was 2021 the year in which he faced with courage and firmness the counterrevolutionary attempt promoted by the empire – he said – but we have known how to face it with thought.”

In statements to the press, Dr. Miriam Nicado, member of the Council of State and rector of the UH, stressed that the oldest cultural institution in the country arrives on this anniversary “with new impulses to create.”

“In a few days we will reopen the José Martí Popular University, to bring teaching and research to all municipalities in the country, and we will have new short-cycle study programs, which will allow young people to insert themselves more quickly into working life “, he claimed.

An extensive day of activities prepared the UH to celebrate its 294th anniversary, which includes the graduation of the 2020-2021 school year and the placement of a wreath at the site where the remains of Dr. Eusebio Leal Spengler rest, in the San Francisco de Assisi.

In addition, Gallery L in the Vedado neighborhood will host the Gravitational Law exhibition. Contemporary art in the Adelaida de Juan art collection, which expresses the relationship between events in the country and the university.

Currently, the UH has 16 faculties, three Science, Technology and Innovation Entities, an institute and research centers in a variety of fields.