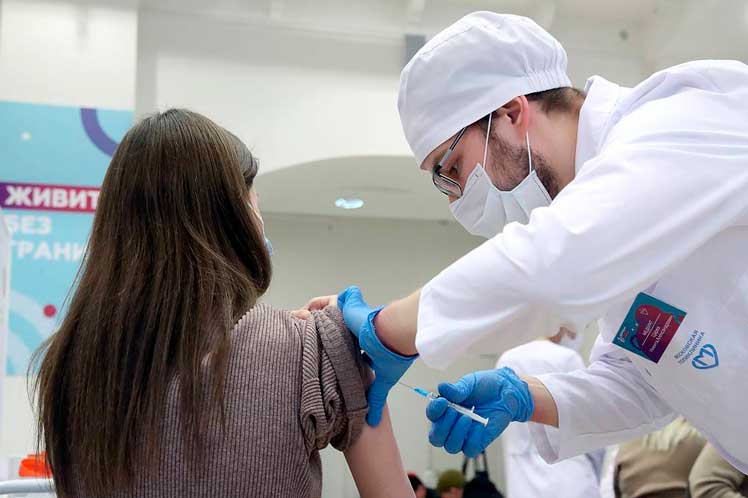 She indicated that up to January 6 vaccination with the first component of any of the Russian anti-Covid-19 immunizers was carried out 79 million 28 thousand 14 times.

She also noted that the full course vaccination was carried out 75 million 113 thousand 883 times as of Thursday, TASS news agency reported.

In the territories of Belgorod, Kaliningrad, Murmansk, Oryol, Penza, Tyumen and Khakassia, the collective immunity is 72 percent or more.

In earlier statements, Golikova stressed the importance of not slowing down the pace of vaccination, taking into account that there is already a part of the population to be re-vaccinated.

In her opinion, for the country to achieve herd immunity it needs to immunize 80 percent of adults, or more than 90 million people.

In recent days, however, President Vladimir Putin referred to the need to reach 90 percent immunity.

He noted that the incidence rates of infection in the country decreased steadily over the past seven weeks, but it is important to take all necessary measures in view of the possibility of an increase after the holidays until January 10.

Golikova considered it important for people not to wait until the end of the vacations to seek medical attention if they feel sick.