Son of imprisoned ex-president to be tried in Peru 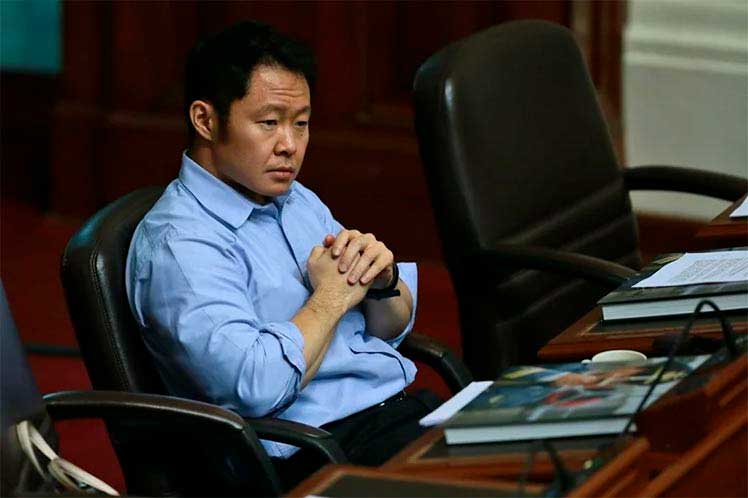 Son of imprisoned ex-president to be tried in Peru

The trial of the brother of failed presidential candidate Keiko Fujimori includes Guillermo Bocángel and Bienvenido Ramírez, legislators with Kenji; and Alexei Toledo, who was his parliamentary advisor, according to the Supreme Court of Justice.

The four are accused of offering favors or gifts to deputies of their party, Fuerza Popular (FP), to abstain from voting in March 2018 for the vacancy (impeachment) of then-President Pedro Pablo Kuczynski.

The ruler had overcome a first attempt to vacate him in December 2017 for old improper business dealings with the Brazilian company Odebrecht, thanks to the votes against Kenji and the members of the faction he headed in FP and in exchange for Kuczynski pardoning Fujimori Sr.

The pardon freed Fujimori on Christmas Eve and generated strong protests, the Supreme Court annulled it and in January 2019 the former president returned to prison, where he remains.

In the new attempt, FP legislator Moisés Mamani, loyal to Keiko, set a trap for Kenji and his followers, appearing willing to get along with them, who offered him funds for works in his region and other gifts if he voted against the vacancy.

Mamani recorded the offer in audio and video and Keiko Fujimori’s faction presented the evidence to the press, before which Kuczynski resigned and shortly thereafter was subjected to an investigation under preventive detention, which he has been serving since then at his home, due to his advanced age (83 years old) and health problems.

Under the orders of Keiko Fujimori, Kenji was expelled from the Congress of the Republic, controlled by FP and submitted to justice and the Public Prosecutor’s Office is asking for 12 years in prison for him, although the main witness against him, Mamani, died in 2020, victim of the SARS-CoV-2 coronavirus.

As for the acrimony between Keiko and Kenji Fujimori, the siblings reconciled and the youngest of the family supported his sister in the 2021 elections, which meant the third failure of the neoliberal leader as presidential candidate.

Cuba congratulates Peru’s people and government on its National Day

Bolivia and Peru are cooperating to strengthen tourism exchange

Peru and Cuba mark 50 years of restoration of relations

Cuba congratulates Peru’s people and government on its National Day

Bolivia and Peru are cooperating to strengthen tourism exchange

Peru and Cuba mark 50 years of restoration of relations