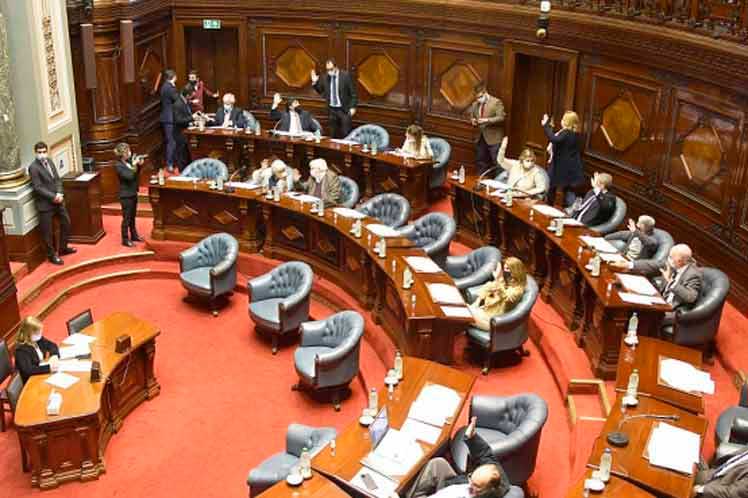 The current president of the Permanent Commission, Alejandro Sánchez, confirmed that they are the heads of the ministries of Environment, Adríán Peña, Livestock and Agriculture, Fernando Mattos, Interior, Luis Alberto Heber and Defense, Javier García.

Sánchez said that he is coordinating the appearance of these four ministers who coordinate actions in the National Emergency System, in order to obtain a more complete information about the incident and its confrontation.

He referred to the protocols applied at the time of extinguishing the outbreaks, the attention to the victims and the steps to be taken, among the issues to be clarified.

Legislators from the most affected departments of Río Negro and Paysandú asked to know what happened with the fires, and among them the deputy of the Frente Amplio, Constante Meniondo demanded objective and qualified answers about the environmental authorizations.

The lobbyist Rafael Menéndez questioned as insufficient the measures of the government to exonerate the victims of two months of electricity and water payments, which he described as “a joke” for “those people who lost everything”.

Meanwhile, in the social networks, politicians, neighbors and journalists criticized the lack of deployment of Hercules planes of the Armed Forces to extinguish the fire.

The communist deputy Gerardo Núñez, commented that he found incredible the explanation of the director of firefighters, Ricardo Riaño, that those aircrafts are expensive and it was not known if the equipment would work.

Uruguayans return to use face masks due to Covid-19

Uruguay to legislate bill aimed at restricting possession of weapons

Uruguayans return to use face masks due to Covid-19

Uruguay to legislate bill aimed at restricting possession of weapons