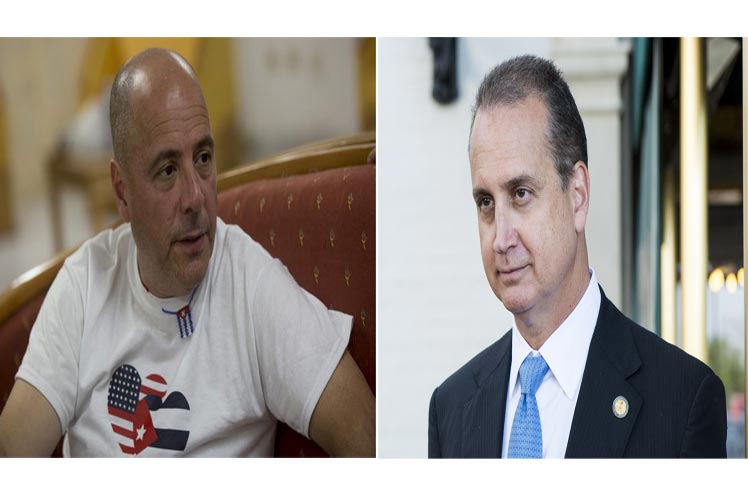 Lazo, Cuban-American and founder of the Puentes de Amor solidarity movement Cuba, questioned in a report on Radio Miami TV the positions of the politician. “How dare you say that you want the best for the Cuban people? That sounds like a macabre joke. You don’t care about Cubans here or Cubans there! Hypocrite!”.

“You, Diaz-Balart, promoted and applauded the closure of the United States embassy in Havana. Hundreds of thousands of families have to carry out their immigration procedures in other countries, cruel courtesy of Díaz-Balart and comparsa,” he indicated.

He also denounced the ideas promoted by the politician to prohibit the sending of remittances to Cubans. “Your reason for being as a politician is to tighten the noose around the neck of the Cuban family. You tightened the nut of suffering in the midst of a pandemic.”

“You, Diaz-Balart, supported Trump’s measures to close the family reunification program. Because of you, hundreds of thousands of Cuban families languish waiting to be reunited with their loved ones. Because of you, sir, our desperate people jump into the sea and lose their lives,” Lazo said.

He recalled that his “impudence and inhumanity is nothing new. Do you remember 2004 and the measures of (George W.) Bush that prevented us from visiting Cuba? Only one visit every three years! Period! No humanitarian exceptions! At that time you participated in the design of those cruel restrictions.”

The activist also criticized the politicians who defame Medea Benjamin, founder of Codepink, saying she “is a giant of love and solidarity. Medea, in addition to bringing solidarity aid to the Cuban people, fights alongside worthy (US citizens) and Cuban Americans, to lift the sanctions that punish Cuba. (…) Give yourself some respect Diaz-Balart. Medea Benjamín is loved and esteemed by millions of Cubans. You are despised!”