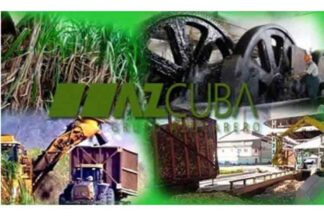 In addition, 35 sugar mills are expected to participate in the harvest, a dozen of which will have to join the activities in the rest of the month and one in February, the Azcuba Business Group informed.

The harvest began at the “14 de Julio” sugar mill in Cienfuegos, some 350 kilometers southeast of Havana and one the most efficient in the country.

At the end of last week, the “Ciro Redondo” mill started up operations in Ciego de Avila, in central Cuba, and is generating electricity.

According to sources from Biopower S.A. joint venture, the mill’s generating plant was synchronized with the National Electrical System (SEN).

Specialists agreed that in the complex conditions in which the harvest is taking place, such as insufficient availability of inputs, fuels and other necessary resources, better results are required in the preparation of agricultural and industrial equipment.

They emphasized the importance of guaranteeing the start-up of the sugar mills on time according to the schedule to avoid delays in that objective and other difficulties faced in recent harvests.

Likewise, they highlighted the need to achieve high levels of exploitation of the manufacturing potential, with the fulfillment of the daily sugarcane milling plan and the programmed industrial performance.

It will be a short harvest that will provide discreet results, since 911,000 tons of sugar are expected to be produced in 30 mills, according to sources from the sector.