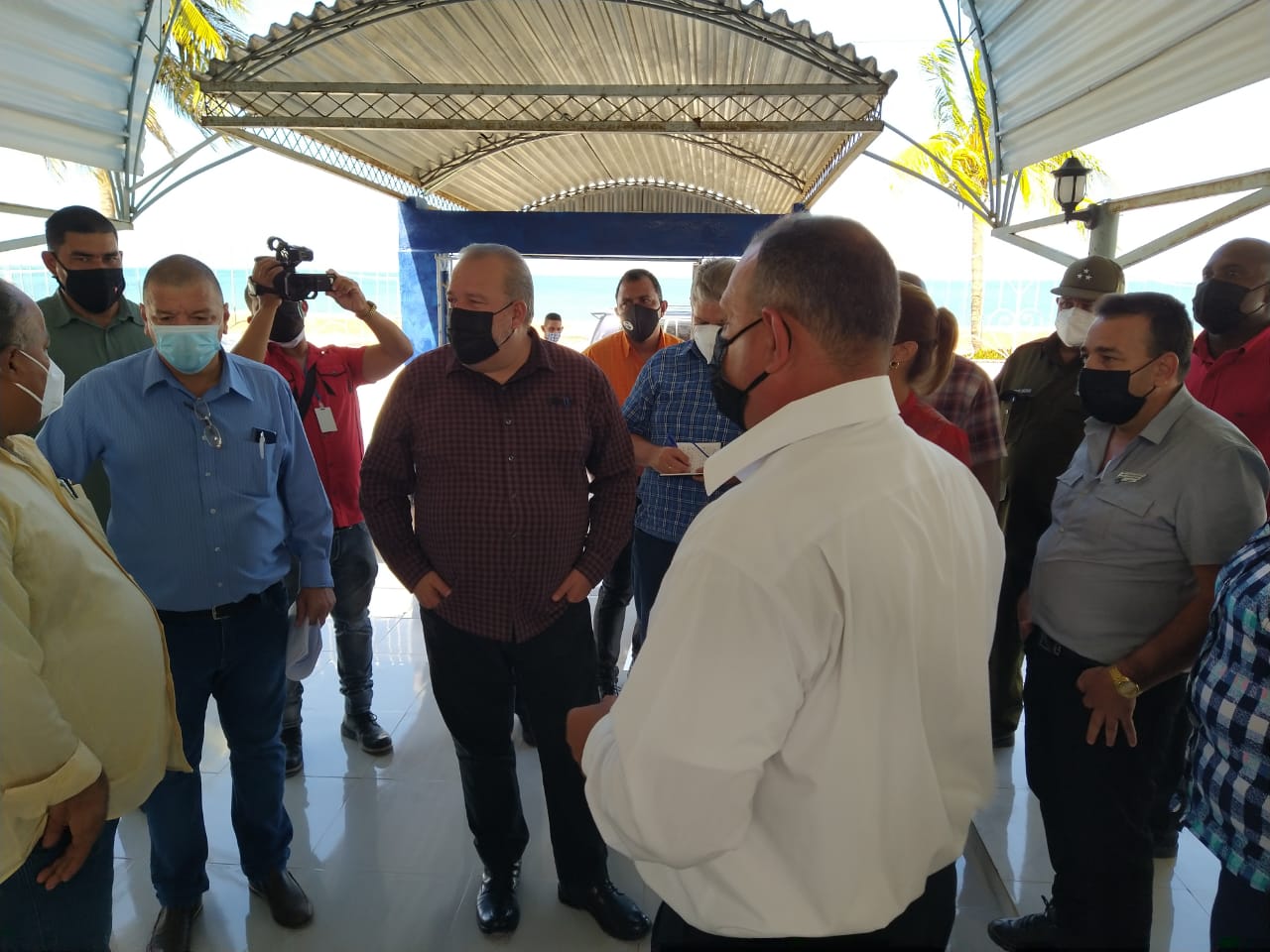 Prime Minister Manuel Marrero heads the government delegation, accompanied by the heads of several portfolios, on the second day of a tour of that territory, a practice resumed after a break of several months due to the Covid-19 pandemic.

This Friday, Marrero began the agenda with a visit to the company Mármoles Oriente, a combined quarry, industry and workshop of crafts and special pieces, one of the most important of its kind in this country, which in 2021 produced more than 125 thousand square meters of marble.

In dialogue with its workers, the Prime Minister was interested in their living conditions and income, the investments made in the company, exports and other topics.

Both Marrero and President Miguel Díaz-Canel and other senior government figures have insisted on the need for managers to maintain systematic contact with workers and the population in general as a way of learning first-hand about the aspirations, problems and concerns of Cubans.

To that end, the government representatives also visited an important hatchery in the municipality of Jiguaní, founded by revolutionary leader Fidel Castro in the 1960s and considered vital for poultry farming at the national level.

At a time when the food independence of the island is of the utmost importance, it was learned that this entity should obtain this year more than one million chickens, destined to the breeding and promotion of the poultry mass of state and private producers.

The day before, the Prime Minister and his entourage began this visit to the province, during which they toured the Granma 2 productive block, a developing enclave that will allow the self-sufficiency of the more than 128 thousand inhabitants of the municipality of Manzanillo, the second most populated of that territory.

He also visited new non-state-run entities and the Farallón Hotel, where he checked the work being carried out for its prompt reincorporation into the island’s tourist offer.

Other visits included the Granma Fishing Enterprise, Los Tainos community and the Celia Sánchez hospital, where he highlighted the role of health workers in the fight against Covid-19.

At the same time, Vice President Salvador Valdés toured other institutions where he was interested in the rescue of the sugar sector, the development of livestock and milk production.