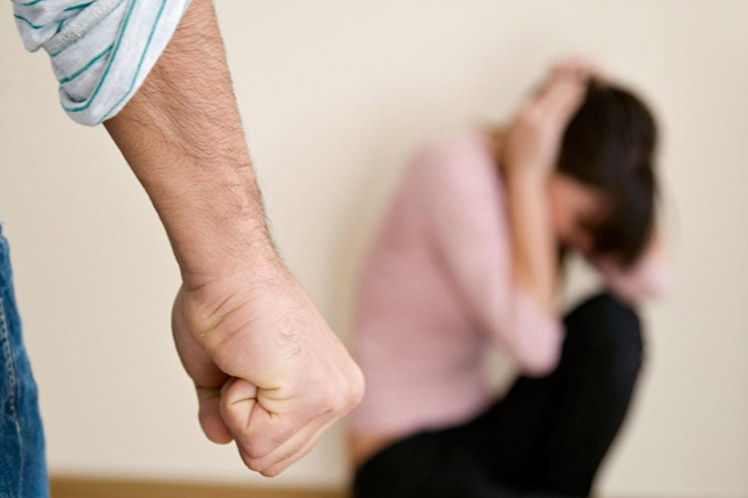 The campaign follows the death of young Syrian woman Ayat Al-Rifai after she was beaten to death by her husband and parents in the capital.

The crime shocked the society and became the main topic of discussion on social networks in this nation.

Don’t be silent is the slogan of the symposium launched by the Ministry of Information and the Syrian Commission for Family Affairs to promote the services provided by the Family Protection Unit to women.

It also aims to make community aware of the need to combat gender-based violence and to report such cases.

The head of the Commission, Samar al-Sibai, said that there are many cases similar to that of Ayat Al-Rifai and revealed that violence in all its forms increased during the war years.

Most of the cases dealt with by the Commission are reported by the local community, but there are thousands that are not reported despite the allocation of telephone numbers to communicate confidentially about any such event, she said.

She specified that her entity provides psychological, social and legal support to the victims, in addition to organizing professional education courses so that they can work and secure a source of income.

Syrian laws are advanced in terms of family protection and mother’s custody, and the most important thing is that victims should not be afraid to report it, said member of the Justice Ministry’s Legislation Department, Ammar Bilal.

According to specialists, the increasing level of domestic violence in this country is linked to customs and traditions, and also to the aftermath of the war, such as the disintegration of families, child marriage, the high crime rate, the easy way to get a weapon and the disintegration of the social structure.

Syrian Foreign Minister: US is the greatest violator of human rights

Clashes between Syrian Army and ISIS terrorists in the dessert

Syrian Foreign Minister: US is the greatest violator of human rights

Clashes between Syrian Army and ISIS terrorists in the dessert