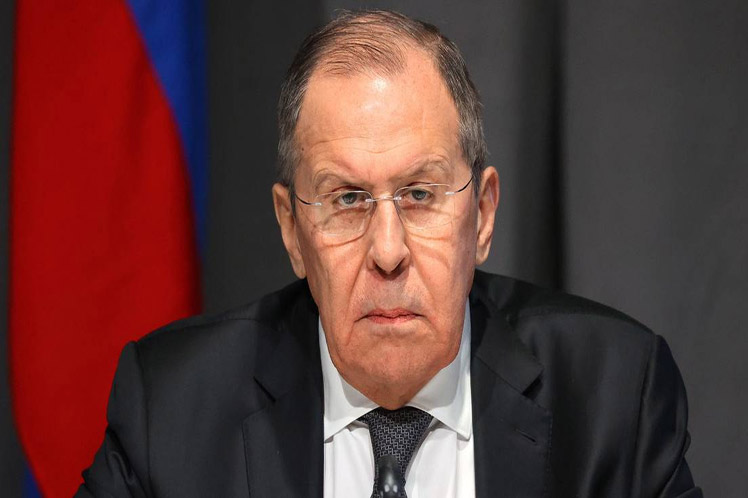 Speaking at a press conference on Friday, the head of Russian diplomacy said that the norms of international law contained in the UN Charter are being threatened by new revisionist approaches of the West, which is trying to impose its own rules.

He stressed that under such positions they try to change the world order, while measuring, questioning and even punishing the countries that do not agree with them.

In this regard, the Russian Minister of Foreign Affairs gave as an example the Democracy Summit, organized by the United States in December last year, with the aim of re-ideologizing the course of the world according to their interests.

On initiatives at the UN, he noted that Moscow is awaiting a response on logistical issues connected with the organization of a summit of the five Security Council states (Russia, the United Kingdom, the United States, China and France), an initiative put forward by Russian President Vladimir Putin.

“We hope, it will be held in person as soon as the epidemiological situation allows,” declared Lavrov, who considered that the joint statement of the leaders of the five nuclear countries on January 3, 2022 will make the meeting possible.

The text warned that their primary responsibility is the prevention of an armed confrontation between nations with this type of weaponry, as well as the reduction of strategic risks.

“We declare that there can be no winners in a nuclear war and it should never be unleashed, given that the use of nuclear weapons would have far-reaching consequences,” the communiqué stated.

On the issue, the Russian foreign minister recalled that the presidents of Russia and the United States, Vladimir Putin and Joe Biden, agreed on the need for dialogue on all issues of strategic stability and any kind of armaments during their June 16, 2021 talks in Geneva.

Russia is ready to arm its allies, says Vladimir Putin

Russian Army wipes out over 100 foreign mercenaries in Ukraine

Putin exalts spirit of strategic alliance between Russia and India

Russia is ready to arm its allies, says Vladimir Putin

Russian Army wipes out over 100 foreign mercenaries in Ukraine

Putin exalts spirit of strategic alliance between Russia and India