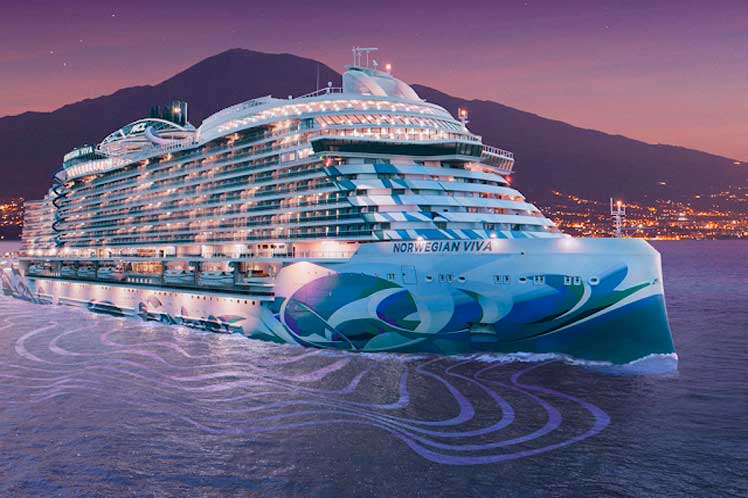 The ship, described as innovative by specialists, is called Norwegian Viva and incorporates new varieties of recreation for its future clients.

After a 54-year trajectory of the company, this cruise ship arrives with more open spaces and a design paying attention to details, according to the reports.

During the 2023-2024 winter season, it will sail the southern Caribbean, offering warm-weather getaways from San Juan, Puerto Rico.

That novelty mirrors the luxury of its record-breaking sister ship, Norwegian Prima.

The ship will feature the Ocean Boulevard, a four thousand square meter outdoor space that wraps around the entire ship, the Indulge Food Hall, with 11 varieties of restaurants, The Concourse with an outdoor sculpture garden and other attractions.

For the company’s president and chief executive, Harry Sommer, the cruise sets the standard in the premium segment, reflecting a commitment to pushing boundaries in four main areas of its ships.