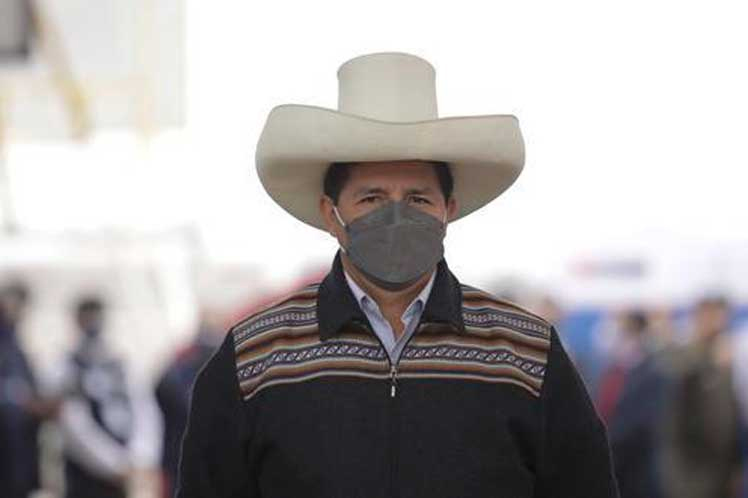 Judge Jorge Ramírez ruled in this regard about the messages from prosecutor Norah Córdova with epithets and anti-communist and racist attacks against the president, during the electoral campaign and after Castillo began to govern.

“The investigation of the acts of the Prosecutor that could be considered evidence of a bias, of political preferences or of hatred, towards the citizen President, can and should be the subject of investigation by the competent bodies of his institution,” says the judge’s opinion, which was communicated to the Public Ministry.

Despite this, Ramírez rejected an habeas corpus filed by Castillo’s lawyer, Eduardo Pachas, to paralyze Vásquez’s investigation due to his background and the risk that he intends to raid the government palace.

The judge ruled there is no imminent risk that he will order the search of the government house or practical possibility that it be carried out, since, being a headquarters with strong security, an operation of this type would be unfeasible and would be enough to prevent it.

The controversial prosecutor Córdova, who on public Internet networks has described Castillo as a terrorist and alleges that she only reproduced messages that seemed funny to her, as a citizen, without affecting her professional work.

However, diverse voices in the press and political spaces, highlight her condition as an electoral activist against the current president in the electoral campaign and her subsequent messages, already under the new government, disqualifying her for an objective investigation.

The prosecutor is investigating Castillo’s alleged involvement in favoring a company in a tender, which he won, for the provision of biofuel for 74 million dollars, to the state company Petroperú, which, due to accusations of corruption, canceled the operation.

Petroperú called for a new tender, including foreign suppliers excluded in the first, and the national company Heaven Petroleum Operators (HPO) was the winner, the same company that won the first tender and Petroperú asked the Comptroller General to audit the process after last week.