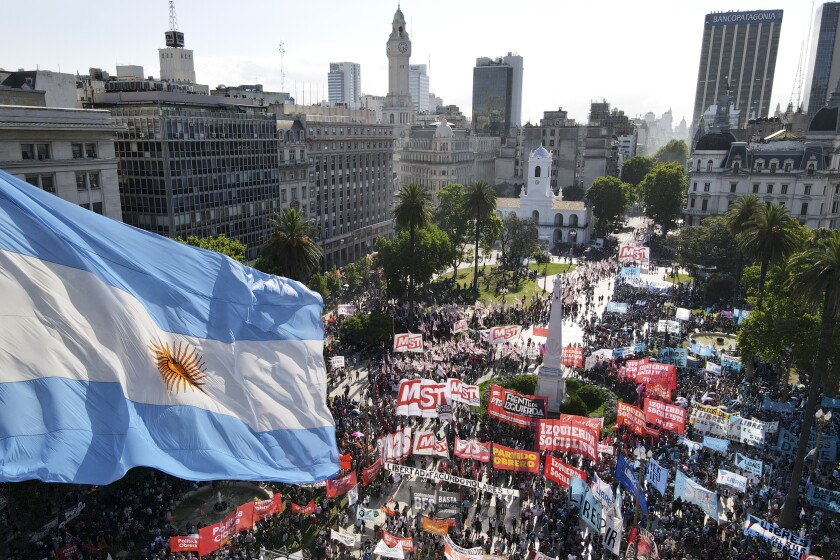 The demonstrators will express their support for President Alberto Fernández and Economy Minister Martín Guzmán who, in the opinion of the organizers, have shown firmness and courage in the face of the demands of the financial institution, whose proposals, if applied, would prevent the exercise of social policies in the southern country.

Daniel Menéndez, national coordinator of SOMOS/Barrios de Pie, expressed that they are willing to “turn the tables and support the government’s arm-wrestling with the IMF,” highlights the Buenos Aires Deputies web platform.

In turn, Menéndez attacked on Twitter against the national right that supports the Fund.

“A serious agreement they say. Those who asked for 57 billion dollars to return in a couple of years. Those who never called Congress to take the debt with the IMF. They have a cement face,” he sentenced.

In statements to Uncover Radio, Katopodis argued how complex it is to overcome the macrism pandemic and, he assured, they are not willing to risk or stop the recovery achieved; “We are going to continue leveraging Public Works,” he said.

Likewise, the official commented that, upon his arrival in office, there were 300 public works with a paralysis of 70 percent, however, today 3,500 are undertaken and no governor or mayor can denounce not having them in their territory.

The Argentine Minister of Public Works wonders what the macrism did with the 44 billion dollars disbursed by the IMF, reason for the external debt that today suffocates the national economy.