UK and Russia for peaceful solution to crisis in Ukraine 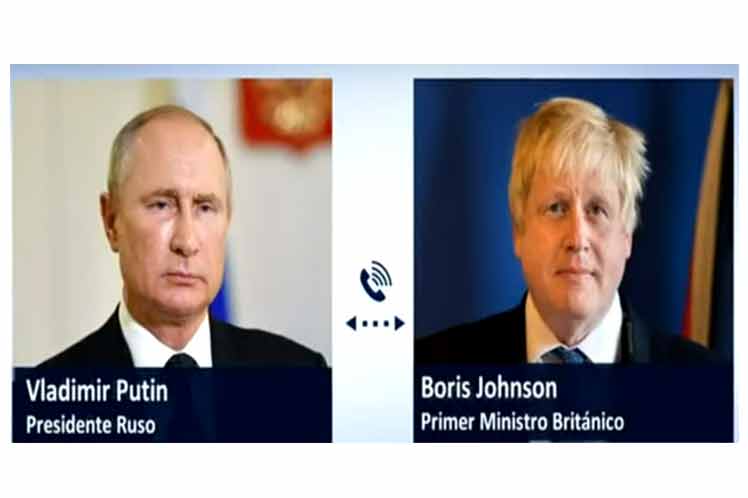 UK and Russia for peaceful solution to crisis in Ukraine

Johnson and Putin welcomed communication on important issues such as climate change, Afghanistan and the Iranian nuclear deal.

They agreed to apply that same spirit of dialogue to current tensions in order to find a peaceful solution, Downing Street said.

According to a statement, in the telephone conversation both leaders agreed that a worsening of the situation in Ukraine is not in the interest of either party.

The United Kingdom, the United States and the rest of the NATO allies accuse the Kremlin of wanting to invade Ukraine, whose government has requested membership in the military alliance led by Washington.

Moscow maintains over 100,000 soldiers near the border with Ukraine, but denies having plans to attack, saying its troops move within its own territory for purely defensive purposes.

Amid escalating tensions with Moscow, London sent 2,000 light anti-tank weapons to Kiev, and military personnel to train Ukrainian soldiers in their use.

Johnson also announced last weekend that he would offer NATO a major deployment of British troops, ships and planes to Europe starting in the next few days.

PM’s office added on Wednesday that Johnson, who visited Kiev the day before, stressed to the Russian leader that, under the open-door policy of the Western military alliance, all European democracies have the right to aspire to be part of the covenant.