US blockade of Cuba began more than 60 years ago 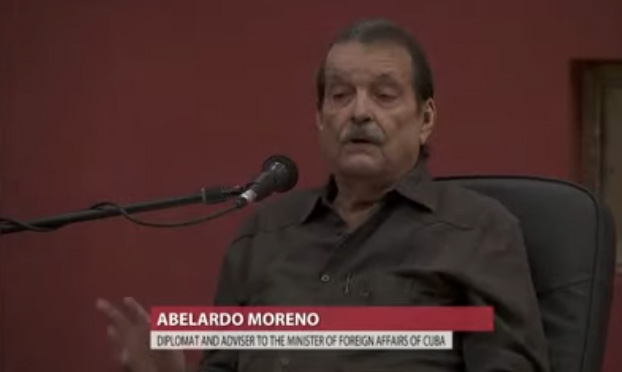 US blockade of Cuba began more than 60 years ago

During a special broadcast by Cubavision Internacional, jointly with Radio Habana Cuba, Prensa Latina and Canal Caribe the diplomat said Kennedy’s order had its most immediate precedent in “in the infamous secret memorandum of (Lester) Mallory”, Undersecretary of State during the administration by Dwight Eisenhower(1953-1961).

Mallory advised in his April 6, 1960 memorandum to deprive Cuba “of money and supplies, to reduce its financial resources and real wages, cause hunger, despair to overthrow the Government”, a policy that remains unchanged six decades later, the Cuban ambassador pointed out.

Moreno explained the motives the US government had to try to suffocate Cuba early after the triumph of its revolution were the “liberating revolution, the popular character of the Cuban Revolution, which guaranteed benefits for the people, so everyone had equal opportunities.”

The former official, who is currently an advisor to the Foreign Ministry, made a historical review of measures that preceded the official declaration of the blockade and concluded that, in effect, this unilateral wall began “much earlier.”

Executive Order 3447 signed by Kennedy gave legal effect to a unilateral blockade, the longest in history against any country.

During his term, Republican President Donald Trump (2017-2021) reinforced the blockade with 243 coercive measures, still in force even a year after his Democrat successor, Joe Biden, took office.