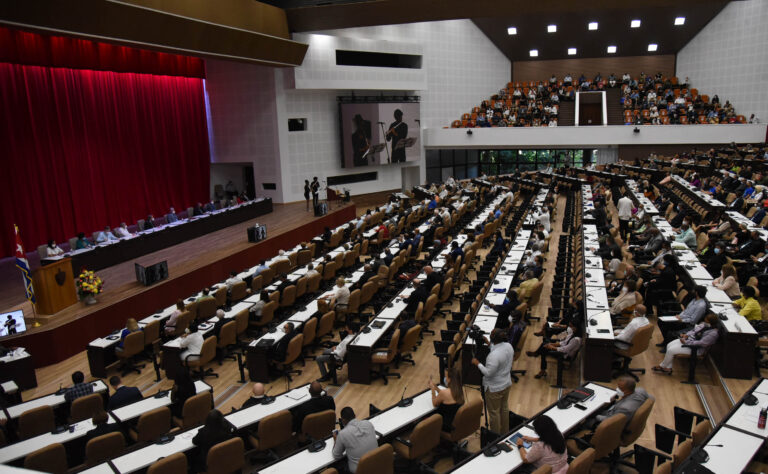 According to Mercedes Medina, from the organizing committee of the event, among the most numerous representations are those from Mexico, Ecuador, El Salvador, Nicaragua, Colombia, United Arab Emirates and Spain.

She explained that more than 3,400 papers were received, of which the scientific committee selected 1,786 for presentation during the event.

As part of Universidad 2022, with virtual and on-site activities, there will be seven symposiums, 25 events integrated to the Congress, several forums and an exhibition with samples of the work of Cuban universities, said the official.

In addition, despite the restrictions imposed by the Covid-19 pandemic, attendees will make specialized visits to scientific and socio-cultural institutions. According to the source, the conclave will be attended by ministers and authorities of the sector, rectors and representatives of international organizations.

Universidad 2022 opened its doors on this day with a lecture by Cuban President Miguel Díaz-Canel, entitled Government Management Based on Science and Innovation: Advances and Challenges.

During the inauguration, the country’s Minister of Higher Education, José Ramón Saborido, stressed that the pandemic was an extraordinary challenge for the sector.

“Cuba managed to continue its progress despite the difficulties, increased by the U.S. blockade, and that was possible thanks to the accurate governmental direction, the policies develop and the sanitary protocols,” he said.

Among the personalities attending the event are the Brazilian theologian Frei Betto and the Argentinean political scientist Atilio Borón, as well as the president of the Russian Skolkovo Technological Scientific Park, Victor Vekselberg.

The event will also be attended by Unesco’s Deputy Director General for Education, Stefania Giannini, as well as ministers and representatives of international organizations.