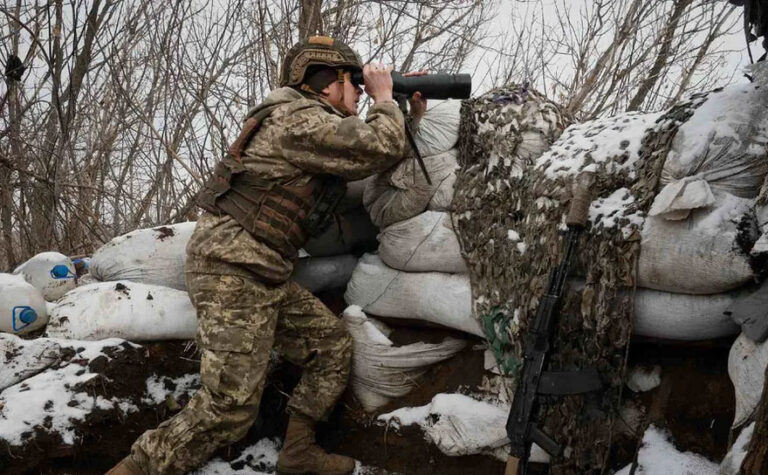 The expert, former president of the International Association of Physicians for the Prevention of Nuclear War, analyzed the effects of a conflict in which this type of weapons would be used.

Last week, U.S. government officials estimated that fighting could kill between 25,000 and 50,000 civilians, between 5,000 and 25,000 Ukrainian military personnel and between 3,000 and 10,000 Russian soldiers. It could also generate between one and five million refugees.

The numbers are an approximation of a conflict with conventional weapons but, if it were to spread beyond Ukraine’s borders and the North Atlantic Treaty Organization (NATO) became involved in the fighting, this would become a major war between nuclear armed forces with the very real danger of nuclear weapons being used, Helfand said.

The analyst thinks that if a conventional war starts it could escalate into one of atomic dimensions, as the leaders of the parties might feel compelled to employ tactical nuclear devices to avoid defeat.

According to Helfand, if a single 100-kiloton nuclear weapon exploded over the Kremlin, it could kill a quarter of a million people and injure a million more, completely overwhelming the Russian capital’s disaster response capacity.

The Nobel Peace award winner considered it unlikely that an escalation of nuclear conflict between the United States and Russia would involve individual warheads over their respective capitals.

Rather, he said, it is more likely there would be many rockets launched against many cities and that many of these weapons would be substantially larger than 100 kilotons.

For example, he cited, a 2002 report showed that if just 300 of Russia’s 1,600 deployed strategic warheads were detonated over U.S. urban centers, 78 million people would die in the first half hour.

In addition, the nation’s entire economic infrastructure would be destroyed: the electric grid, the Internet, the food distribution system, among others.

Everything necessary to sustain life would disappear, and in the months following this attack the vast majority of the U.S. population would die of starvation, radiation sickness, exposure and epidemic disease.

Something similar would happen in Russia in the face of a U.S. attack, and the same in Canada and Europe, he warned.

Also, Helfand said, large-scale use of nuclear weapons would cause abrupt and catastrophic global cooling not seen since the last ice age, leading to a disastrous decline in food production and a global famine that could kill most of mankind.

The Nobel Peace Laureate stressed that it is imperative that the current crisis be solved by diplomatic means and that nuclear-armed nations learn from this dangerous situation and act to eliminate the danger of nuclear war for good.