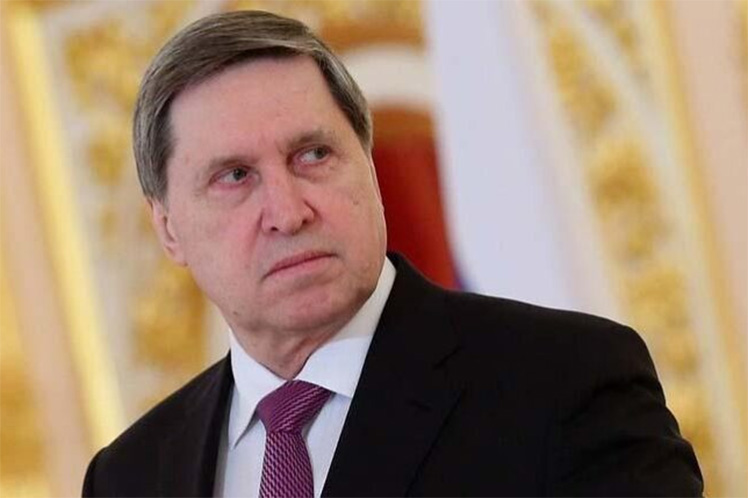 “He, as he said, is in favor of the diplomatic route and, in that sense, he outlined a series of considerations that, in his opinion, take into account many of the Russian concerns and initiatives transmitted to the Americans and to the Atlantic Treaty Organization. North (NATO)”, explained the spokesman, after the conversation of the leaders.

He stated that, in this regard, Putin assured his American counterpart that Moscow will analyze such points of view, and, if possible, take them into account in its reaction to the documents received from the United States and NATO on security guarantees.

Ushakov commented to the press that, however, Putin made it clear to him that “unfortunately” those considerations do not deal with the central and key elements of the Russian initiatives.

Among those concerns, he recalled there are issues of the non-expansion of NATO, the prohibition of the deployment of attack forces on Ukrainian territory, and the return of the bloc’s infrastructure to the borders it had in 1997, when the Russia-NATO foundation was signed.

The official pointed out that on Russian priorities there was no substantive response in the conversation and pointed out that many of the steps announced by the US President in the dialogue are already contained in the responses of Washington and the Atlantic Alliance to Moscow on January 26.

He also said that during the exchange, Biden indicated to his Russian counterpart that Moscow and Washington remain competitors, but must do everything possible to maintain global stability and security.

According to the Kremlin representative, Biden referred to the experience of his predecessors during the Cold War, who, according to him, did everything possible to avoid a catastrophe, a serious conflict between the two countries.

He indicated that the head of the White House called for doing everything possible to avoid the worst scenario in the current situation around Ukraine.

On the subject, the adviser for international affairs of the Russian Presidency stressed the escalation of tension due to the alleged Russian invasion of Ukraine reached the point of absurdity.

“The tension around the movement of our troops on our territory, although close to the Ukrainian borders, has been rising for several months, but in the last few days and hours the situation has reached absurd levels”, he said.

According to Ushakov, “hysteria” over Moscow’s alleged attack on the neighboring nation “is at its peak.”

Washington is fanning the hysteria around the invasion of Ukraine, which Moscow is allegedly planning, and at the same time loading Kiev with weapons, he said.