Vaccine magazine publishes results of Cuba’s Soberana 02 and Plus 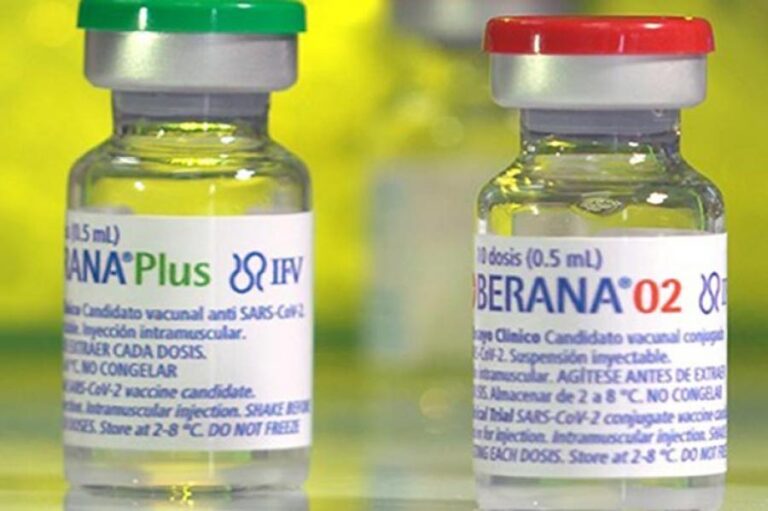 Vaccine magazine publishes results of Cuba’s Soberana 02 and Plus

On its Twitter account, the Finlay Vaccines Institute (IFV) described the publication of the peer-reviewed article as new evidence that “we continue to do science.”

Previously, the institution confirmed on the web repository for unpublished texts on medicine MedRxiv that two doses of Soberana 02 were safe and achieved an efficacy of 71.0 percent in the adult population aged 19 to 80 years.

“The incorporation of Soberana Plus after the previous two, increased that parameter to 92.4 percent,” Cuban scientists in charge of the evaluation noted.

The phase III study was a randomized, double-blind, placebo-controlled study that involved some 44,031 voluntary participants from Havana.

In this epidemiological scenario, the authors described, two doses of Soberana 02 protect against symptomatic disease in 71.0 percent, for serious conditions the efficacy was 63.0 and for death 59.0.

By adding the heterologous regimen of three doses of Soberana Plus, this indicator was 100 percent effective in protecting severe cases and death.

“This is the first phase III clinical trial study of a three-dose heterologous vaccine combination against SARS-CoV-2,” the researchers noted.

Previously, in July 2021, the IFV announced that the preliminary results of this scheme of Soberana 02 plus Soberana Plus vaccines in 0-28-56 days, had an efficiency of 91.2 percent.

During the presentation of these data, Dr. Vicente Verez, who is also the IFV director, reported that the figure referred to the ability to prevent the symptomatic disease of Covid-19.

He recalled that the result was validated in phase III of the clinical trial carried out in eight Havana municipalities, precisely when the Beta strain (originally detected in South Africa) was circulating massively in the Cuban capital.

Cuba has taken the pertinent steps so that the experts of the World Health Organization (WHO) recognize its vaccines (including Abdala from the Center for Engineering and Biotechnology and the first conceived and produced in Latin America).

Cuba’s homegrown vaccines have already been licensed by the respective authorities for their application in Iran, Venezuela, Viet Nam, Nicaragua, Saint Vincent and the Grenadines and Mexico.