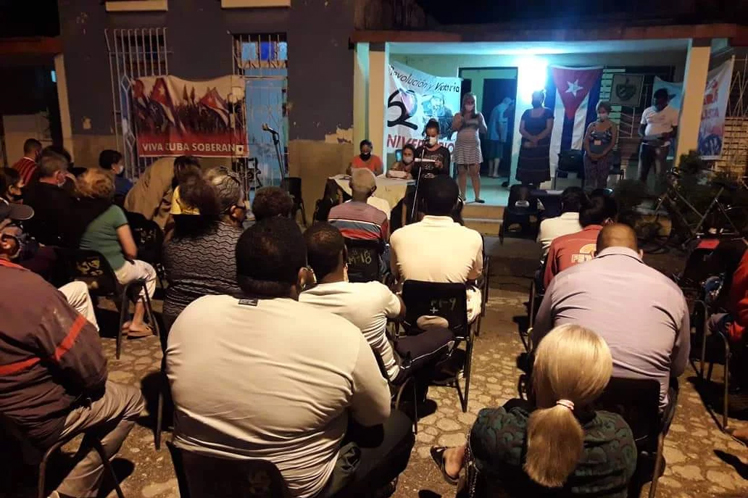 Camagüey, Cuba, Feb 15 (Prensa Latina) In Cuba's third most populated city, the debate on the Family Code project is taking place today with the advice of specialists, popular consultations where every opinion counts.

In statements to Prensa Latina, Jetzabel Montejo, professor of Family Law at the University of Camagüey, said that “in this process we are not dealing with a legal contract of sale and purchase”.

And it is precisely the sensitivity of the matter “which leads us to have in the middle of the debate issues that protect people traditionally discriminated against in the history of Human Rights”, she said.

This has been precisely the topic of the socialist project in Cuba. “We are talking about children and adolescents, senior citizens, some of them disabled, where the importance of affection increases”, said the jurist.

In addition, Montejo analyzes the essence of the project, because “it is a Code that is not just a slogan on the subject of affection, and if we review the whole legal code, the words love and respect are in more than 16 chapters”.

For the specialist, the key is the perspective that “affective ties will have as much or more value than blood ties”.

New forms of kinship where an integral protection is established for all families and their members are proposed with the new Code.

At the end of the popular debate on April 30, the proposals will be classified as modifications, insofar as suggestions are made to change terms or phrases, in addition to the possibility of adding or deleting paragraphs.

Principles of transparency, democracy and participation that govern the foundations of the Cuban Electoral Council, reach more than five thousand places of exchange in this region as a previous part of one of the key projects for the future of society.