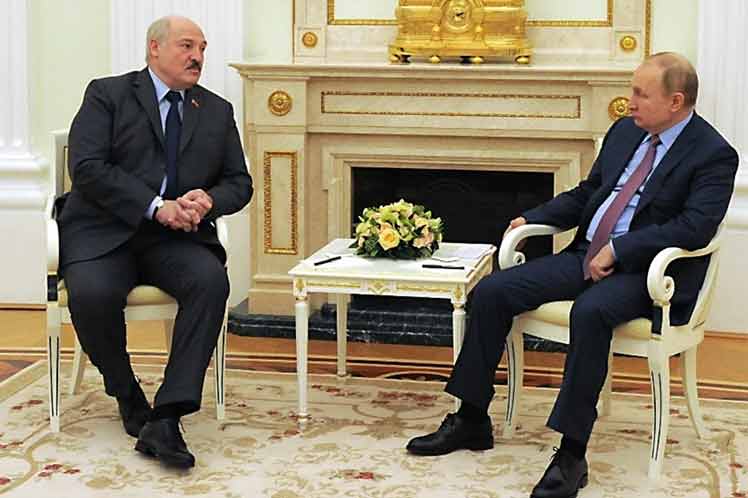 At the beginning of the talks in the Kremlin Putin highlighted the 28 approved joint programs, as well as the adoption of the concepts of migration policy and military doctrine, “a great job was done,” he said.

He explained that the “best part” of the results is linked to the active development of the economy, in which bilateral trade growth was recorded with positive numbers.

This shows that what we are doing in the sphere of integration is yielding concrete results and, therefore, I believe that we are going in the absolutely right direction, he said.

Putin noted that these issues will be part of the agenda of this Friday’s meeting in Moscow. “We have a lot to discuss, check positions on several issues,” he said.

Putin will exchange views with his Belarusian counterpart on the regional situation and evaluate military cooperation. At the same time he informed that together with Lukashenko he will take part in a military event tomorrow, Saturday.

“Now there is an active phase of military exercises, tomorrow we will even participate together in one of the serious events of this complex of military cooperation,” he said.

Russian presidential spokesman Dmitry Peskov said Putin will observe a maneuver of the strategic forces. Lukashenko announced earlier that he planned to attend the military exercise.

The training will involve troops and assets of the Aerospace Forces, the Southern Military District, the Strategic Missile Forces and Russia’s Northern and Black Sea Fleets.