UN Secretary General cancels trip due to situation in Ukraine 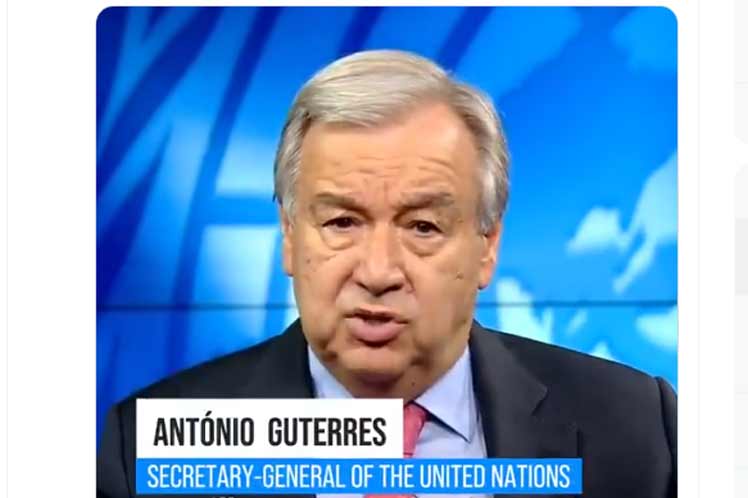 UN Secretary General cancels trip due to situation in Ukraine

The highest representative of the United Nations, who traveled to Germany last Wednesday to attend the Munich Security Conference, will return to New York tomorrow, that instance specified.

Guterres was previously expected to travel to the Democratic Republic of Congo (DRC) on February 22 to attend the 10th Summit of the Regional Monitoring Mechanism of the Peace, Security and Cooperation Framework for the DRC and the region.

But given the growing tensions around Ukraine, the head of the United Nations changed his schedule.

This Monday, Russian President Vladimir Putin promised he would decide on the recognition of the independence of the self-proclaimed Donetsk and Lugansk People’s Republics.

In the opinion of Russian Foreign Minister Sergey Lavrov, there is no other way than to recognize those territories in eastern Ukraine and he pointed out that, on the other hand, the West will not change its position.

The heads of the self-proclaimed autonomous regions of Donetsk and Lugansk, Denis Pushilin and Leonid Pásechnik, respectively, have already asked Putin to recognize the independence of those territories.

The Russian president expressed great concern about the worsening of the situation in Donbass and pointed out that he did everything possible to peacefully resolve the conflict between Kiev and that region in Ukraine.

Putin recalled that from the moment those republics were formed, the confrontation began between the Ukrainian authorities and the inhabitants of that territory.

The Kremlin has also denounced a Western media campaign, described by Foreign Minister Lavrov as informational terrorism, to accuse that country of preparing an invasion of Ukraine, whose authorities at the time recognized the versions of aggression as exaggerated.

Moscow, at the same time, calls on Kiev to comply with the Minsk agreements, aimed at putting an end to the conflict in the rebellious region of Donbass, outside the control of the Ukrainian government and where military actions have intensified in recent days.

The self-proclaimed autonomous regions of Donetsk and Lugansk announced last Friday a massive evacuation to Russia, decreed a state of emergency and a general mobilization, due to the increase in what they denounced as violations by Kiev of agreements for the cessation of hostilities.