Putin orders deterrence forces to be on special alert 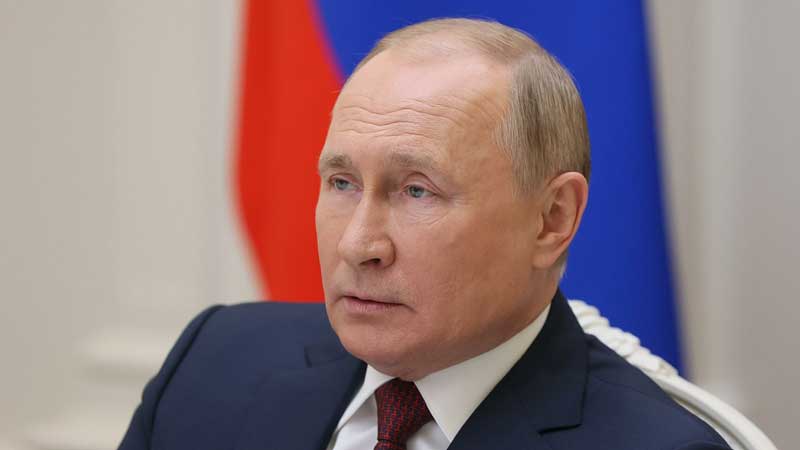 Putin orders deterrence forces to be on special alert

At a meeting with Defense Minister Sergey Shoigu and Chief of the General Staff of the Armed Forces Valery Guerasimov, the President stressed that the decision was in response to the aggressive discourse of high-ranking officials of North Atlantic Treaty Organization (NATO) countries.

During the meeting, Putin described as illegitimate the punitive measures implemented by the West -the United States and the European Union- in recent days against his country, following Moscow’s recognition of the independence of the self-proclaimed Donetsk and Lugansk People’s Republics.

The day before, U.S. President Joe Biden confirmed he had ordered the deployment of additional U.S. forces in Europe to support NATO allies, according to a statement issued by the president following an emergency summit of the military bloc.

At the same time, Biden said in an interview for YouTube blogger Brian Cohen that an alternative to the tough sanctions Washington imposed on Moscow could be “World War III.”

“Look, there were two options: start World War III, start a physical war with Russia, or option number two: make the country that acts so contrary to international law pay the price for doing so,” the White House chief said.

He considered that the policy of restrictions will bring the result expected by Washington, but not immediately.

Also the European Union (EU) proclaimed that it will supply military aid to Ukraine, the head of the European Council Charles Michel posted on his Twitter account.

The list of restrictions against Russia increased as of February 24, following the message of the Russian head of state declaring the beginning of the military operation in Ukraine in response to the request for help from the leaders of the Donbass republics.

The United States, the United Kingdom, Canada, Japan and the EU aimed their measures against representatives of the Russian government, as well as the banking, energy, aviation and space sectors.