Lula reaffirms leadership in polls heading to elections in Brazil 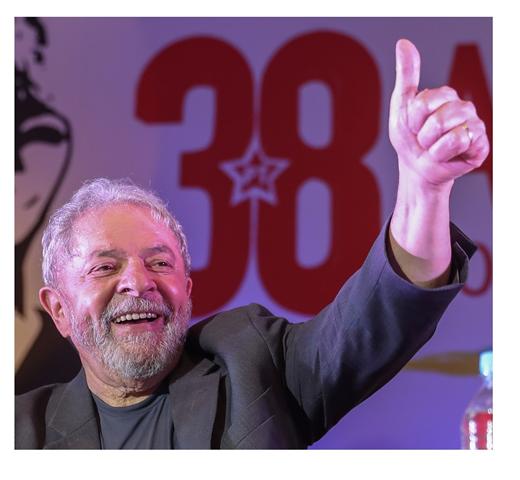 Lula reaffirms leadership in polls heading to elections in Brazil

The founder of the Workers’ Party (PT) has a 40 percent vote intention and the president Jair Bolsonaro a 32.

Compared to a previous round of the survey, Lula remained at the same level and the ex-military man fluctuated one point higher.

They are followed by politician Ciro Gomes, with seven percent, and former judge Sérgio Moro (six).

This study was carried out with three thousand telephone interviews, from February 27 to March 1. The margin of error is two percentage points and the confidence interval is 95 percent.

On the day, Minister Ricardo Lewandowski, of the Federal Supreme Court (STF), suspended the last criminal action against Lula within the framework of the Lava Jato judicial operation.

It is about the alleged influence peddling in the purchase of Gripen combat aircraft, manufactured in Sweden, destined for the Air Force.

The request for suspension was made by Lula’s defense, which criticized the actions of Lava Jato and warned there was a plan to use the right to attack the PT leader and his defense.

The former president’s lawyers used, in the appeal, leaked messages from the former Lava Jato coordinator Deltan Dallagnol, in which he “tries to build a complaint”.

During 2021, Lula, who recovered his political rights, was able to regain his eligibility and also record an impressive 22 victories in the STF.