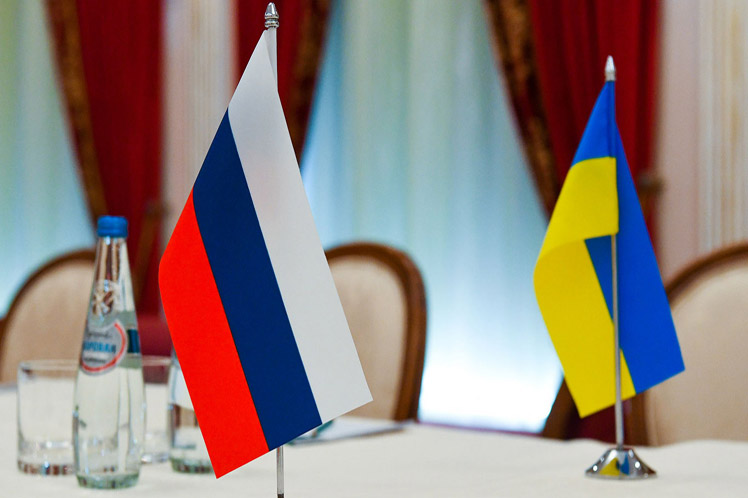 Moscow and Kiev also agreed on the possibility of facilitating the delivery of medicines and food to the places where the strongest fighting is taking place, assured the adviser to the head of the Office of the President of Ukraine, Mikhail Podoliak.

The senior Ukrainian official warned that “unfortunately” the Kiev delegation did not obtain the expected results in the meeting, because they could only advance on the humanitarian issue. However, he confirmed the holding of a next meeting.

For his part, the head of the Moscow delegation, Vladimir Medinski, noted that the parties found a mutual understanding on some issues during the negotiations in the Bialowieza nature reserve, Belarus.

He stressed that the main issue resolved this Thursday was the possibility of saving people, the civilians who are in the zone of confrontation.

He explained that the representatives of the Defense Ministries of Russia and Ukraine agreed on the format in which these humanitarian corridors will work for the exit of the civilian population, in such a way that the evacuations are carried out during a temporary cessation of hostilities in the sector where people are.

“I think this is significant progress,” said the adviser to the Russian president, who emphasized that “the positions are absolutely clear, they are written down. In some of them it was possible to find a mutual understanding.”

Also a member of the Russian delegation and chairman of the International Relations Committee of the State Duma (Lower House of the Russian Parliament), Leonid Slutski, pointed out that it is very likely that one or more rounds of negotiations will be needed to cover the spectrum of priorities of both sides.

He reported that the third round of talks will take place very soon, also on Belarus territory.

Tonight, the Ukrainian president, Vladimir Zelensky, stated that negotiations between the two countries make sense and during this difficult dialogue, commitments can be made, but not on all issues.

“Any negotiation makes sense. Any word is more important than a shot. If you can talk first before shooting, do it,” he replied at a press conference when asked if dialogue with Moscow should be held.

Russian President Vladimir Putin, in a televised speech to report on the start of the operation, stated that the goal is to protect the population of Donbass from abuses and genocide by Kiev over the past eight years and to “demilitarize” Ukraine.

However, on February 28, in a telephone conversation with French president, Emmanuel Macron, the Russian president formulated two other conditions for a diplomatic solution: the recognition that Crimea belongs to Russia and the guarantees of neutrality by Ukraine.