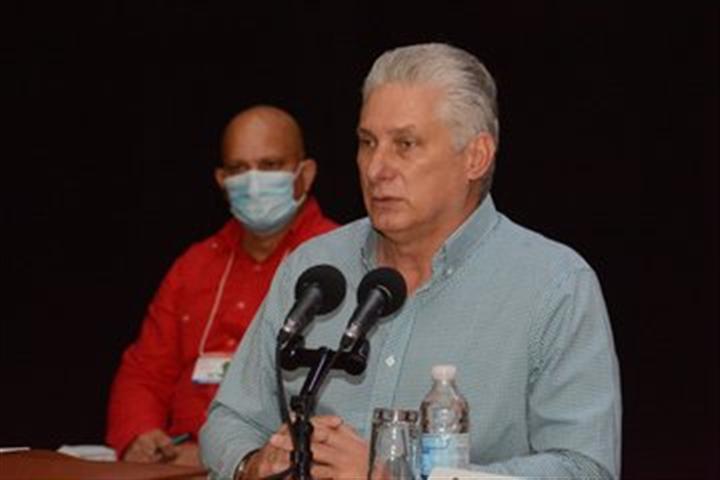 Speaking at the balance assembly of the political group in the special municipality of Isla de la Juventud (Isle of Youth), southwest of Havana, the also president of the Republic said that “to do our job better we cannot be a sectarian party.”

“We must invite those who are not militants to the debates, it is a way of bringing our work closer to workers and the core of the PCC is the first space to come to an agreement,” he pointed out.

Similarly, the president stressed that members of the organization must analyze the problems of their workplace and society.

“The Party has to be more open, attend to its militants, worry about everyone’s personal problems”, he stressed according to the Presidency’s Twitter account.

In addition, Díaz-Canel, when speaking with peasant delegates to the Municipal Assembly, called for closer ties with the university to promote agricultural development through the use of science and innovation.

The meeting focused its reflections on the economic situation of that territory and the strategy for food self-sufficiency, a program prioritized by the Government.

Those present acknowledged progress in this sector, but said it is still insufficient compared to the demand.

The training and stability of managers in the locality was also recurrent in the debate, and they considered the cadre policy ineffective.

The new Municipal Committee of the Party ratified Zunilda García Garcés as its first secretary, and at the end of the meeting, Díaz-Canel congratulated militants, called for combat and to extend community work, the Presidency said.

With this exchange, the balance process concluded at the district and municipal levels throughout the country, which began in November last year in the Cotorro municipality of the capital.

The analysis had as objectives give continuity to the implementation and fulfillment of the ideas, concepts and guidelines derived from the 8th Congress of the organization, held in April 2021, and to elect the intermediate management bodies of the PCC.