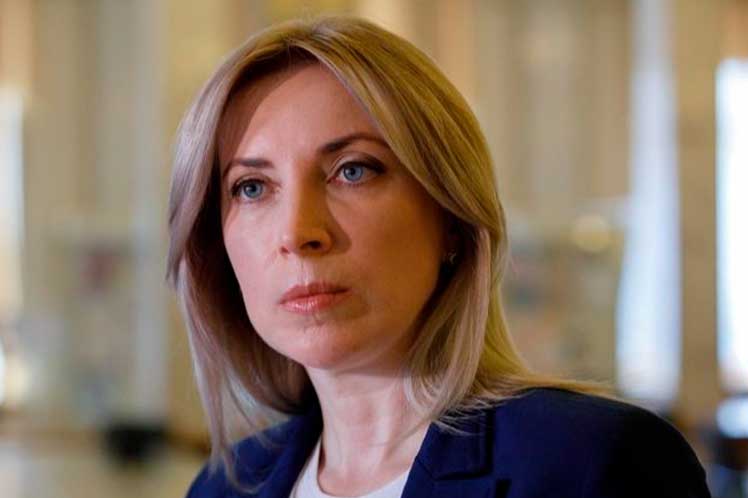 At a press briefing, the Minister for the Reintegration of Uncontrolled Territories denied the possibility that people from the cities of Kiev, Mariupol, Kharkov and Sumy would be evacuated by air to the Russian territory, TASS news agency reported.

Earlier, the Russian Defense Ministry proposed to take the residents of these Ukrainian cities out through the humanitarian corridors to Russia and Belarus.

In order to carry out the action, the Moscow Armed Forces announced a temporary cease-fire from 10:00 local time.

The Russian military entity informed that the measure was taken due to “the catastrophic humanitarian situation and its strong aggravation” in the mentioned cities. The personal request of the French President Emmanuel Macron, in a telephone conversation with the Russian head of state Vladimir Putin, was also taken into account.

In this regard, the Russian side notified about the opening of humanitarian corridors in Ukraine to the United Nations, the Organization for Security and Cooperation in Europe and the International Committee of the Red Cross.

The Defense Ministry added that “other international organizations were made aware of the evacuation actions through all available information resources, including the media.”

The statement noted that the evacuation will be ensured with the help of Russian drones, with the aim that the operation can be checked and recorded.

Despite the fact that Ukrainian nationalists have done everything possible to prevent civilians from leaving the conflict zone, dozens of people have managed to leave the cities since Saturday.

The approval of these corridors, along with the ceasefire during the evacuation and the provision of food and medicine to the inhabitants of the areas of heavy fighting, were agreements reached in the latest round of negotiations between representatives of Kiev and Moscow, the next exchange is expected to be held this Monday.