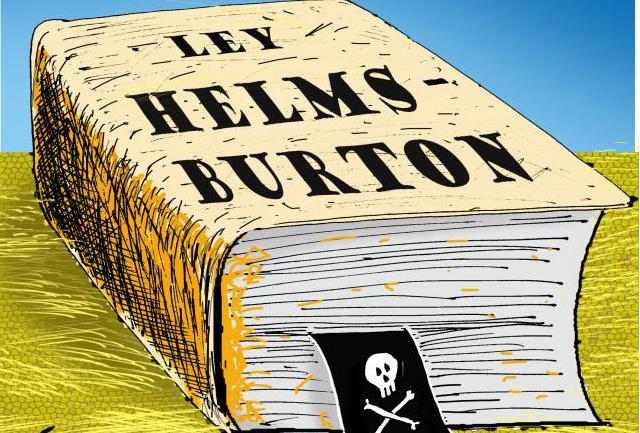 They called it the Freedom Law, it was signed by a North American president and with it they arrogate the right to decide who should govern in #Cuba. How “democratic” democracy Made in USA. Find out: #CubaVive, wrote the Cuban president on Twitter.

This legislation typifies limitations on trade, transactions, travel to and from the Caribbean nation, as well as restrictions on the sale of properties in which Cuba or Cuban nationals have an interest.

With its promulgation, the unilateral possibility of lifting the siege on the island was eliminated and it was established that it will remain in force until there is in Cuba what Washington calls a transition government certified by itself.

In 2019, the administration of the US president, Donald Trump, activated Title III of the Helms-Burton Act, which raises the possibility of claiming before the courts of that country for the nationalization or expropriation of properties in Cuba.

According to specialists, the Helms-Burton Act constitutes, together with the Torricelli (signed in 1992), an enormous obstacle to a stable, institutionalized, lasting and irreversible relationship between the two peoples.

They also mean the violation of the principles of sovereign equality and non-intervention in the internal affairs of a State, contemplated by International Law as mandatory norms.

The United States has officially imposed sanctions on 18 countries, but the Office for Foreign Assets Control (OFAC), of the US Department of the Treasury, mentions no less than 50 countries with some kind of sanction, Granma newspaper recalls today.

OFAC declines to provide a complete list of sanctioned countries or entities.