Russia asks France and Germany to protect civilians in Ukraine 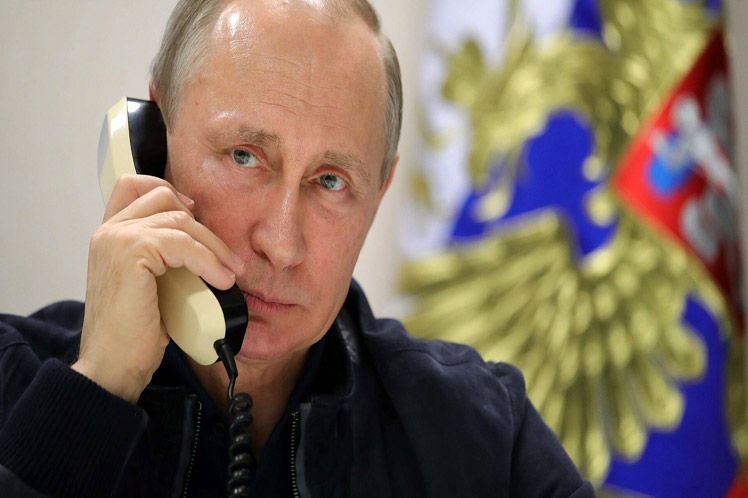 Russia asks France and Germany to protect civilians in Ukraine

During a tripartite telephone call, the Russian president offered details about the humanitarian situation in the places of clashes after the start of Moscow’s military operation in that country on February 24, the Kremlin said in a statement.

He denounced that in Ukraine there are currently extrajudicial executions of dissidents, hostage taking and the use of civilians as human shields, as well as the placement of heavy weapons in residential neighborhoods, near hospitals, schools and kindergartens.

He pointed out that the nationalist battalions systematically and deliberately disrupt operations aimed at saving the population and intimidating civilians when they try to leave the cities.

Putin urged Macron and Scholz to influence the Kiev authorities so that such criminal acts stop, the message from the Russian presidency said.

The head of state updated the representatives of Paris and Berlin on the progress of the talks between Russian and Ukrainian representatives that took place in recent days and reiterated the importance of meeting the requirements set by Moscow for the total cessation of hostilities.

Russia began a military operation in Ukraine on February 24, after the authorities of the self-proclaimed people’s republics of Donetsk (DPR) and Lugansk (PRL) requested help to repel the increase in aggressions from Kiev.

In a speech to inform about the start of the operation, the Russian president stated that the objective is to protect the population of Donbass from the abuses and genocide of Kiev during the last eight years, in addition to “demilitarizing” and “denazifying” Ukraine.

Later, the Russian president formulated other conditions, such as the need for recognition of the reunification of Crimea with Russia by the Ukrainian authorities and the establishment of guarantees of military neutrality for that State.