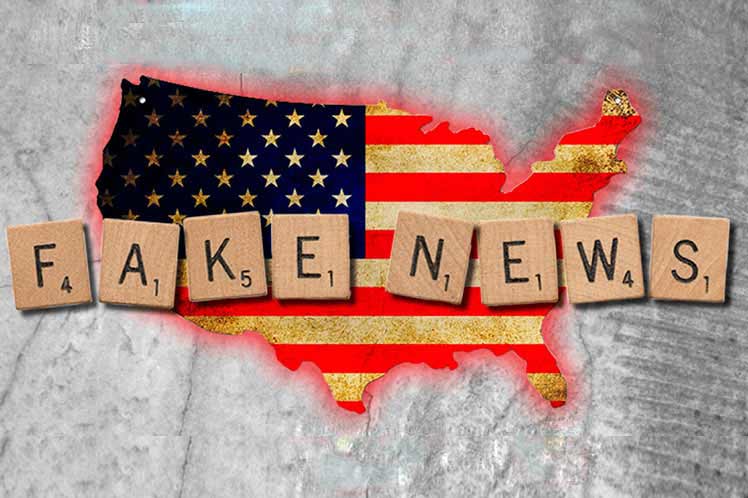 Washington, March 13 (Prensa Latina) The speed with which unverified, mislabeled or outright false news came out of Ukraine was a grim reminder that the corporate media of the United States and its Western allies are tools used, through disinformation, in search of world hegemonism.
Share on facebook
Share on twitter
Share on whatsapp
Share on telegram
Share on email

According to Jay Caspian Kang, an opinion columnist for The New York Times, it’s getting harder to distinguish a deliberate attempt to mislead the public.

After the 2016 US elections, tech giants sought to fix the problem by placing labels on potentially harmful posts.

A 2020 study found that filters on such projects were unable to capture all misinformation, which posed a drawback.

“If you can only identify, say, 20 percent of the bad information and label it as bad, what happens to the rest? The researchers found that readers were more likely to assume unlabeled disinformation to be trustworthy,” Caspian said.

Presumably, observers say, the United States is trying to build an educated and resilient public capable of detecting and then ignoring targeted campaigns.

However, the highlight of these efforts is that most people do not really know how to check the sources and reliability of data.

In this regard, the British writer and journalist Jonathan Cook published that the Western media are acting as cheerleaders for the conflict in Ukraine.

This is not surprising, since the so-called “fourth power” in the United States, with few exceptions, became an element in the gears of its unipolar policy to control the world, international commentators estimate.

As part of his approach to the subject, Cook stated that in the current conflict, journalists applaud the weapons of the militias and the citizens who manufacture improvised explosives, acts almost always treated under the category of terrorism.

Not now, he added, because those nationalist groups respond to the designed plan.

Suddenly it’s sexy to make such artifacts, at least if the media considers you white, European and “civilized”; but, he exposed, other resistance movements, especially in the Middle East, are branded as criminals for doing the same thing.

What is happening now in Ukraine is a clear example of manipulation in this area and how a well-oiled disinformation machine achieves what the West is unable to get on the battlefield.

Infinite solidarity, the antidote of the Cuban people

Infinite solidarity, the antidote of the Cuban people